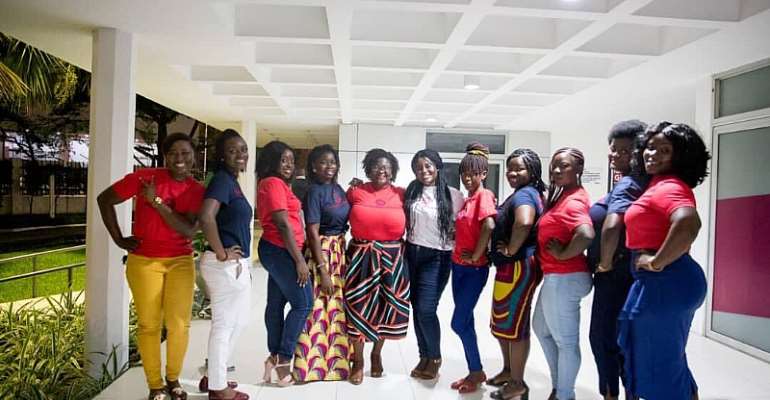 Dear Ewura Esi Neymar Ada , I am writing this rejoinder to your Facebook Post on the above subject because I genuinely believe you were well-intentioned, and that your ‘missive’ was occasioned out of ignorance than out of vendetta against the feminism movement in Ghana. Even though outrage appeared to be the foundation of your perspective, on a matter so essential to the very civilization of our species, I am inclined to give you the benefit of the doubt: just so we can have a healthy debate.

My second reason is the need to provide some proper perspective to the numerous 'fans' of yours who so gleefully liked and shared your post without any proper analysis; which would have otherwise inspired disdain instead of admiration for your post. Hopefully, by the time they get through the end of this piece, they would realize their mistake and make amends with themselves. Your post could be summarized thus: the feminism movement in Ghana is inspired by misandry (hatred for men) and not a genuine passion to see women liberated from the shackles of oppression, which has been the foundation of our global society for a millennium.

What I find fascinating is what appears to be the key inspiration for your write up: the holding to account of ‘comedian’ Teacher Kwadwo. I was quite petrified that as a self-professed feminist and a decent human being for that matter, not only were you unappalled by his behavior, but you were actually moved to pen a missive in his defense. Now, here is someone who has elected himself to educating the next generation; and who through his 'comedy' has close to 200k followers on Facebook alone. Need I submit to you that what such a person says matters, because in our social media dispensation he could be described as someone with influence?

The fact that he premeditated and proceeded to post those words on the internet, given his societal standing, not only as an influencer but also someone with an occupation of trust, should make every well-meaning person churn in their stomach. Here is a teacher who went as far as soliciting for techniques on raping little children through Facebook, among many other unprintable posts. Now, if he was really remorseful or believed he lived in a society that holds such acts of perversion to account, he would not have hesitated to render an unqualified apology the very moment his dastardly acts were exposed – and perhaps use his platform to effect change. But no, he blatantly and arrogantly opposed the movement that used him to highlight a serious issue our society tends to turn a blind eye to - rape and pedophilia - because he felt the likes of you would defend him.

Of course, what he failed to recognize, unfortunately for him, was the fact that our human society has moved a step away from the age where such acts of perversion and barbarism were wantonly condoned and largely went unpunished. We aren’t where we ought to be, but good news is we aren’t where we used to be either. By the time he woke up to that realization, he had been dealt an irreparable cost to his reputation and pocket.

On the ‘positive’ side for him though, he should thank his stars, because if he lived in a more advanced society, investigators would have already been on his butt - which may have ultimately made him a special guest of the state - with complimentary bed and breakfast. I am sorry to inform you that the likes of you who defend such acts today are making big deposits into your own accountability in future - it may come in several forms, because such views are behind history and what our collective human society now consider sane and civilized. If it surprises you that a reputable global brand like Huawei would quickly distance itself from such a person, you’re still on a long walk with Alice in Wonderland – totally oblivious to the new forces shaping our world today.

And why him you’d say? Well, because he has some level of influence, and there's no better way to highlight such an important issue than using someone with influence as an effective ‘prop’. Also, because the issue of rape tends to be a power game, it is important to communicate a clear message that having a million followers on Facebook doesn’t make one immune to accountability. Believe me when I say a lot of people will take a cue from his ‘tragedy’.

Again, it appeared from your post that you have utter disdain for how the feminism movement promote their activism. I am sorry, but haven’t they made it clear that they are not your typical flower girls who would present cakes and a bunch of roses as a means of effecting change? They made it clear that their approach is ‘radical’ (just taste their name and see). The ‘weapons’ of one's warfare are defined by the tactics and accoutrements of their opponents. Don’t you think it would be moronic to go into a gun fight with bows and arrows? There's no evidence in all recorded history where people fought and won a pervasive ideological battle with smiles and handshakes. Do you really think that if they had used a less radical approach, they could have achieved their mission of putting gender on the nation's agenda within this short period of time? That the chain reaction from their activism would have ignited your 'missive'? I bet not!

Also, you suggested they descend from their proverbial high horses and get involved in 'more practical ventures' like helping to close Gambaga Witches Camp, putting a stop to widow rights etc. The natural defense to this assertion is to state that they have made it clear that’s not their mission – they are not Relief International or USAID. It's like asking Samsung to make a better pizza. Didn’t you find it surprising the very examples you gave were oppressive to women and not men? That there was no mention of Wizards Camp and widower rights for instance? Do you realize the very ideology they are fighting is the system that necessitates those conditions in the first place, and that if they are successful those systems would crumble alongside?

Feminism is simply about the ''social, political and economic equality of the sexes'' - the idea that people should not be defined merely by their genitalia - something they have absolutely no control in choosing. How is this even a difficult concept to grasp?

The issue of rape and pedophilia (which also bothers on criminality) are symptoms of the same oppressive systems which have been blatantly unfair to females. On your erroneous belief that their feminism has been distorted by misandry - or as you say ''putting men down'', you grievously fail to qualify the type of men who fall victim – the bad ones. Feminism is not oppressive to men; It is oppressive to bad men and women for that matter. Just because some few bad men have been called to ‘atone for their sins’ does not in any way mean that feminists hate men. It's akin to someone saying you are ''intellectually lazy'' just because you wrote one lousy illogical piece. That would be unfair to you, wouldn’t it?

I will conclude by delving into some of the other specific issues you raised:

1. On your submission that certain jobs are gender oriented: Feminism is not about the assignment of gender roles per se – it’s not a cooking contest for instance. It is about the conditions that influence the choice or assignment of those roles. It’s the idea that nothing should stop a woman from achieving their aspirations if they so desire, just because she is woman. Feminism does not have a problem if a woman on her own volition and without compulsion chooses to dream small – even if the rational expectation is that they do not choose that trajectory. The problem being addressed is when external forces restrict the choice of roles or even worse impose those choices.

2. On the issue of Bride Price: This was your weakest argument yet, and frankly it deserves some serious elevation to warrant any iota of intellectual discourse. The idea you hold that men ought to pay bride price because parents struggle to raise their daughters is bereft of any rationality. Like those who give birth to males just throw them out the window and wait till they are ready for marriage? Again, the issue is not so much about the payment of the bride price as it is about what that symbolism represents, and the 'entitlement' mentality it grants some men. If you need evidence that some men have ‘slavish’ expectation of their wives, occasioned by the payment of this price, then perhaps you need to delete your social media accounts and take a more realistic tour of our society.

3. Regarding points for admission into schools: There's no research finding that suggests women are intellectually less capable than men. Granting women such opportunities is not an endorsement of their fragility- far from it! It is a quasi-solution to the very ills that deny them the right to compete fairly with their male counterparts at every level. It is an undeniable fact that the average female student spends more time on chores than males and therefore has less time to study. The average female, owing to the belief that their ultimate pursuit is marriage, receives less attention than their male colleagues.... Those privileges are merely symptomatic treatments for a disease that feminism intends to cure. Hope you get the drift?

Contrary to your belief, there is an overwhelming number of decent, civilized and, and wait for it, straight men, who support the feminism movement - because it should be difficult for any reasonable person not to support such a noble cause anyway. We all have a moral responsibility to use our voices and platforms for building a better foundation for future generations. I am afraid to say that you failed to use yours.

Akufo-Addo Extends Partial Lockdown For Another Week
25 minutes ago

To Extend Or Not To Extend: Akufo-Addo To Update Ghanaians T...
2 hours ago