Minority Accuses Special Prosecutor and A-G of 'Clash of Egos' 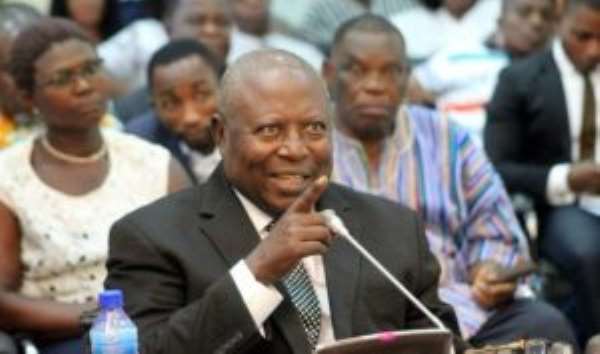 A little over 180 million Ghana cedis has been approved by Parliament to the office of the Special Prosecutor amidst claims there is a seeming clash of egos between that office and the Attorney General's Department.

The NDC MP for Tamale Central, Inusah Fuseini, has averred that there is a clash of egos between the Special Prosecutor and the Attorney General.

According to the Ranking Member on Parliament's Constitutional, Legal and Parliamentary Affairs Committee, the required synergy needed to execute the critical mandates of the two critical offices of state is lacking.

Contributing to deliberations on the budget estimates for the Special Prosecutor, Inusah Fuseini called for enhanced collaboration between the two offices.

The former Minister of Lands and Natural Resources explained that little can be achieved in the quest to develop the country if there still exists some frosty relationship between the two offices.

In November this year, during the 2018 budget statement presented by the Finance Minister, Mr. Ken Ofori Atta, Government allocated an amount of Ghc 180 million to the Office of the Special Prosecutor to function effectively.

According to Finance Minister, the money is to assist the Office of the Special Prosecutor in the fight against corruption in the country.

“In line with Government's promise to protect the public purse, His Excellency the President remains committed to the fight against corruption. In this budget, the Special Prosecutor's Office has been allocated an amount of GH¢180 million from GoG with a commitment to provide additional resources during the course of 2019 to enable the Special Prosecutor's Office to carry out its mandate.”

“Ghana is a prime, ripe destination for doing business” – Ak...
27 minutes ago