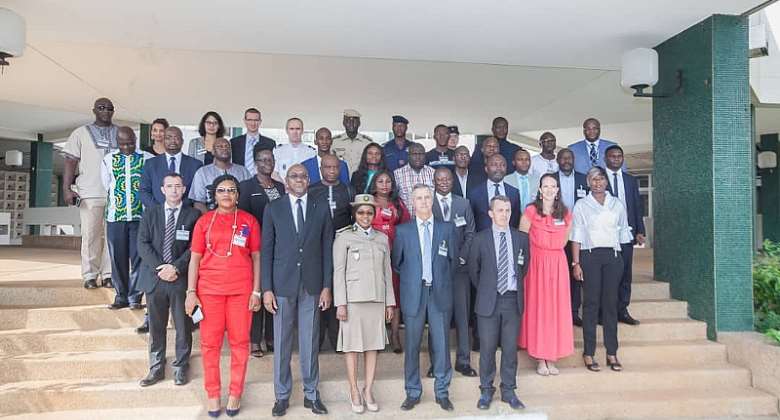 Atleast 30 police, custom and navy officers from 14 West African countries have been trained on container targeting and control to tackle smuggling of illegal goods on sea.

The Interregional Institute of Maritime Security (ISMI) has taken steps to increase countries effort in fighting the large volumes of contraband good including narcotics, weapons, fake medicines and others which are shipped across the Gulf of Guinea daily.

ISMI with funding support from France has trained people who matter in the maritime industry from December 11th to 14th, 2018 in Yopougon, Abidjan.

The objective of the Institute is to contribute to the promotion of a prosperous, safe and secure maritime economy.

The Ivorian customs administration is fully and resolute in line with its approach of anticipating, preventing and combating serious maritime crime by mastering the methodology of container control and targeting.

The Director of Communications at the Directorate of Customs, Colonel Anne-Marie Diby said the training will promote a culture of information and intelligence within the administrations in charge of port controls.

Michel Gindroz, Regional Customs Attaché noted that drug problem, with its consequences in security, economy, social and health, aggravates the structural weaknesses of the region and seriously compromises development.

He stressed that the seminar is the first of its kind aimed at meeting a real demand for capacity building for services.

According to him, the training seeks to establish effective cooperation with the Republic of Côte d'Ivoire and other West African states.

He added that the seminar will provide a framework for capacity building of structures and services on data collection, analyzing and processing with the view of targeting risk operations on containers.

The Chief Administrator of Maritime Affairs, Guillaume de Beauregard noted that 80percent of the transport of goods passes through containers which calls for the need to adopt effective approach and build capacity to deal with the excesses at the ports.