Can Ex-Presidents Run For Office In Ghana? A Constitutional Analysis 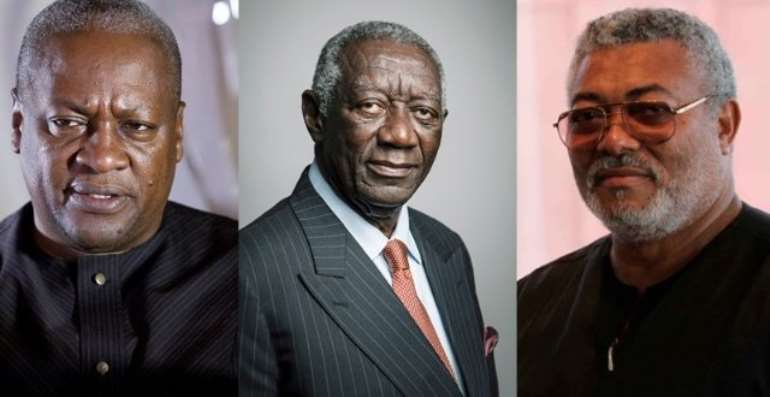 Increasingly Ghanaians are being confused by events in the country regarding the issue of ex-Presidents running for office. To preserve democracy and peace in the country, this issue must be addressed timely. Constitutions are meant to provide a framework for governance. They specify the government's nature and functions. They also prescribe its limits. Ghana's 1992 Constitution is a hybrid of the US Presidential system and Britain's Parliamentary system of government, incorporating ideas from each. A unique problem that hampers Ghana's young democracy is the lack of meaningful constitutional checks-and-balances. It's against this background that we need to clarify the issue of ex-presidents running for office in Ghana. This issue is a critical one, with the potential to derail our young democracy if not addressed with care.

Humans tend to want what they cannot have. This is a tail as old as the Biblical Adam and Eve story. By nature, we are self-interested and frequently short-sighted. The U.S. Federalists recognized these traits in humans and designed a system of checks-and-balances specifically to combat them in their democracy. One of the most effective checks on dictatorship and bad governance is term limits. Perhaps framers of Ghana's 1992 Constitution had this in mind when they prescribed a term limit for our Presidents. Article 66 (2) stipulates “a person shall not be elected to hold office as President of Ghana for more than two terms”. This provision, much like the 22nd Amendment of the U.S. constitution, prohibits Ghanaian Presidents from running for office after their second term. In addition to providing a crucial check on dictatorial tendencies, term limits open the political arena to new candidates with fresh ideas.

Take it from President Obama, who at the end of his second term said “I'm pretty convinced that I've done a great job and can win another term of office if the constitution allows it”. He, of course, could not run for a third term. In his words, “the beauty of the U.S. constitution is that it paves the way for new candidate and fresh ideas”. Compare that with the Russian constitution, which allows ex-Presidents to re-enter office and has nurtured dictatorship. Which way does Ghana want to tread? Do we want to saturate our Presidential elections landscape with ex-Presidents? Of course, our Presidents will be more purposeful in their term of office when they know they won't hold the position forever.

We need to clarify Article 60 (2) of Ghana's constitution which stipulates, “Where the unexpired term served by a Vice-President exceeds half the term of a President, the Vice-President is subsequently only eligible to serve one full term as President.” This means that an ex-President who completed less than two years of his predecessor's term of office as President before serving a 4-year term can compete for the Presidency again. What needs clarification is whether the stipulated two 4-year terms of office should be back-to-back. I tend to side with the back–to-back argument for the following reasons. Framers of our 1992 Constitution must have realized that 8 years in office would be simultaneously long enough for a good government to completely implement a party's manifesto and for an incompetent government to do irreversible damage to the country's economic growth and development. They came up with a better option -- two 4-year terms in office, which simultaneously allows voters to sack an incompetent government and reward good governance with another 4-year term of office. The prospect of a second 4-year term of office is an incentive for good governance in the first 4-year term but not an entitlement. Therefore a President who is rejected at the polls after his or her first term of office isn't entitled to another 4-year term of office. This is good for democracy because it minimizes the risk of resorting to a revolution to remove an incompetent government. Another reason is that ex-Presidents can use their connections developed during their term of office to curry favor and gain unfair advantage in their party's flagbearer elections with selected delegates as voters. That's not good for democracy!

We should consider the logical intent of the framers--not just the words--when addressing the issue of re-election after being voted out of office. It gives the president an unfair advantage in a later election. When the people have voted such a president out of power and he runs again, there is a high risk that this unfair advantage will lead to an ex-president who is not favored by the people either winning or progressing to the detriment of other candidates. Finally, an ex-President returning to office to complete another 4-term after rejection at the polls may have no incentive for good governance.

Modern Ghana Quote Reports
Catch up with all the political quotes from our politicians.
Sponsored
More Opinion
Modern Ghana Links
The State vs. Domelevo
Ghana in Constitutional Crisis since January 07, 2021
Tertiary Education And Accomodation Challenges
Sacricing The Supreme Court To Massage Political Ego
Rob Quizzes… Can You Please Put A Lasting End To The Resurgent LGBTQI+ Hissy Fit?
Ghana And The Covid-19 Vaccine
Human security implications on LGBTQ: A security threat in our society
Swiss Media: Was It Racism, Sexism, Ageism – Or All Three?
The LGBTQI nonsense and matters arising: An open letter to Akufo-Addo
Quote Reports Dossiers
TOP STORIES

Bagbin 'rode on NDC's back' to be Speaker for 'own parochial...
36 minutes ago