Complacency kills: Prevention cannot take a backseat while we scale up treatment coverage to #endAIDS 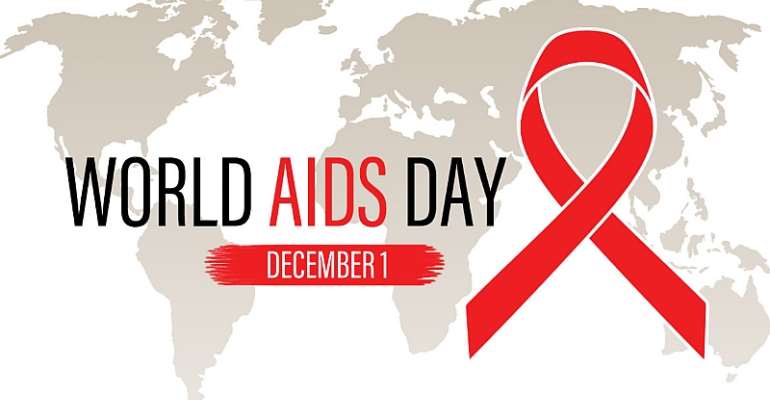 "The global health system is only as strong as its weakest parts" had said UNDP’s Mandeep Dhaliwal in her article around last year's World AIDS Day. The context has only deepened over the year, not only for ending AIDS but also for health security in general. With Universal Health Coverage Day (UHC Day) on 12th December this year, time is running out to catch up on lost opportunities to advance towards UHC.

Unprecedented progress has happened in fight against AIDS globally, but formidable challenges remain. Are we making enough progress on HIV prevention, treatment and care, in communities and places where HIV incidence is likely to be higher?

Every new case of HIV transmission to an adult or a child is an opportunity to do a reality check on how it could have been averted. Every case of, late or missed HIV diagnosis; delay in putting people living with HIV on treatment; stigma and discrimination blocking access to care; or people living with HIV not being virally supressed; are among reality checks we cannot fail to miss, if we are to end AIDS. Most importantly, game changing insights of finding solutions that will work in local contexts of communities and regions, come from people who are most affected. Are AIDS policy makers listening to these voices with dignity and respect?

Amruta Soni, MBA, is a transgender person living with HIV since 2012, and is associated with the India HIV/AIDS Alliance. She said in World AIDS Day 2018 Webinar ( www.bit.ly/aidswebinar) hosted by CNS (Citizen News Service) that working hours during which antiretroviral therapy (ART) is provided, often pose a challenge for those transgender people who go out for entire day to earn their daily wage. By the time transgender people come back after earning their daily bread, ART centres are closed.

Amruta also recommends a single window access for range of HIV and health services transgender people require. Amruta rightly points out that unless ART and HIV service providers understand the unique needs of transgender community, how will we advance progress on 90-90-90 targets? She recommends that an affected community person should be sitting in the ART centres to connect with the community and facilitate a two-way dialogue to improve interaction between community and HIV service providers. We need to engage community in finding solutions for improving programme outcomes, rightly said Amruta Soni.

AIDS Society of India (ASI) called upon the governments to not let disease prevention take a backseat while we scale up diagnostics, treatment and care services. A recent news in Hindustan Times reported that 92% of new HIV infections who were on antiretroviral therapy (ART) in Mumbai, India, contracted the virus due to unsafe sex.

"Despite decades of safe sex campaigns to prevent HIV (and other sexually transmitted infections and unintended pregnancy), recent data shows that unsafe sex is a major driver of new HIV infections as reported in news. We have to ensure HIV prevention campaigns are effective and translate into steep decline in new HIV infection rates. Every person, especially those among key affected populations, must have access to the full range of scientific evidence-based HIV prevention options" said Dr Ishwar Gilada, President of ASI who got elected to the Governing Council of International AIDS Society (IAS) this year.

Dr Gilada who was among the first doctors to begin HIV care in India when first case got diagnosed in the country, added: “193 governments have committed to end AIDS by 2030 (Sustainable Development Goals - SDGs), which aspires to eliminate transmission of HIV and ensure healthy and productive normal lifespans for all people living with HIV (PLHIV). We must ensure that all PLHIVs know their status, all of them receive antiretroviral therapy (ART) and remain virally supressed (irrespective of where they reside), and no further transmission of HIV takes place, thereby making Undetectable = Untransmissible (U=U) a reality!”

UNAIDS targets of achieving 90-90-90 are not only critical but central to meet these goals. But no less emphasis should be given to ensure that while we progress towards (and beyond) 90-90-90, we must also optimally utilize every scientific, evidence-based prevention option, so that new HIV infection rates decline steeply to hit zero as soon as possible.

90-90-90 targets include: 90% of all people living with HIV (PLHIV) will know their HIV status, 90% of all PLHIV will receive antiretroviral therapy (ART), and 90% of all people receiving ART will have suppressed viral load to minimize HIV transmission.

Treatment as prevention is strong scientifically-proven approach to base efforts to end AIDS. But this alone is not enough as the range of scientifically proven prevention options must be fully utilized to cut the transmission chain of the virus, while we inch towards scaling up treatment coverae and UHC.

Dr Mitchell Warren, Executive Director, AVAC, said that “One of the challenges we have is that the idea of 90-90-90 is often reduced to treatment side of the HIV response. It is obviously an essential component but whole concept of epidemic control lies not only in reaching the treatment targets of diagnosis, treatment and viral suppression, but also it has to include essential needs of primary prevention, stigma reduction (ideally elimination) and human rights approaches.” A comprehensive, integrated and sustained response, is the way forward, said Warren.

Dr Mitchell Warren added: “From my perspective, it is really coming down to deliver with what we have today, which means comprehensive prevention (such as condoms, oral pre-exposure prophylaxis (PrEP), and other evidence-based tools to prevent HIV transmission), human-rights based approaches, along with scaling up treatment.”

“We have to demonstrate the added value of more interventions. Oral PrEP was approved by US FDA in 2012 but is not available in several countries till now. Out of 350,000 people on oral PrEP, two-thirds of those are in USA, and another large proportion comes from Europe, Kenya and South Africa” shared Warren underlining the gap in roll-out of PrEP globally.

“We have to maintain the thrust on research and development of next generation products, such as vaccines or a possible cure of HIV in the long run” shared Warren.

Clock is ticking to ensure safe sex campaigns (among all other evidence-based prevention approaches) are effective in reduction of new HIV cases without any delay. Also, are people (especially key affected populations) able to perceive the risk when they take one? And do they have all the choices of HIV prevention options within their reach to protect themselves from HIV acquisition? We need to find answers to resolve these real barriers that are impeding progress towards ending AIDS.

Utilisation of male condoms for instance, among other evidence-based HIV prevention options, is also far lower than optimum. Despite female condoms being approved by US FDA in 1993, why are countries such as India, yet to fully utilize these female-initiated methods to prevent unintended pregnancy, STIs and HIV? 25 years of long delay is not acceptable if we are to end AIDS and deliver on other related SDGs.

Dr Gilada rightly said that Pre-Exposure Prophylaxis (PrEP) is yet to be optimally used in countries like India where it is not even licensed yet (it was approved by US FDA in July 2012). Why are we failing to convert scientific research outcomes into public health gains?

SOCIAL SECURITY IS IN TANDEM WITH HEALTHCARE

Sowmya Gupta, President, Transgender Welfare Equity and Empowerment Trust (TWEET) Foundation, and a noted hijra trans activist who is also with the Humsafar Trust, said that “we need to work more rigourously towards providing livelihood to transgender people. Approximately 70% of transgender women are engaged in sex work in India. We know risk factors of HIV and violence associated with sex work. By providing employment we can prevent HIV too. Also, we have to engage transgender community at every level of programme design and implementation, as it will go a long way to eliminate stigma and discrimination, as well as improve access to HIV prevention and ART services, and help in improving adherence to therapy".

HOW CAN A PREVENTABLE, CURABLE DISEASE BE A LEAD CAUSE OF DEATH?

TB is the leading cause of death for PLHIVs even in 2017. TB is preventable, treatable and curable. Despite efforts to scale TB and HIV collaborative activities, in 2017 about 0.3 million people died of HIV-associated TB and there were 0.9 million new cases of TB amongst people who were living with HIV, 72% of whom were living in Africa. If TB is preventable, then we have to demonstrate that by preventing its transmission especially in communities at heightened risk. Same benchmark has to be used for demonstrating that TB is treatable and curable by ensuring no one dies prematurely because of TB.

Dr Ishwar Gilada said that Government of India’s National Health Policy promises Universal Health Coverage (UHC), which is essential to not only ending AIDS but also providing health security for all citizens. He advocated for a sustainable and holistic approach to universal health coverage which is inclusive of health promotion and prevention alongside scaling up essential health services for all.

(Shobha Shukla is the Managing Editor of CNS (Citizen News Service) and has extensively written on health and gender justice. Follow her on Twitter @Shobha1Shukla, @CNS_Health or be welcome to visit www.citizen-news.org)