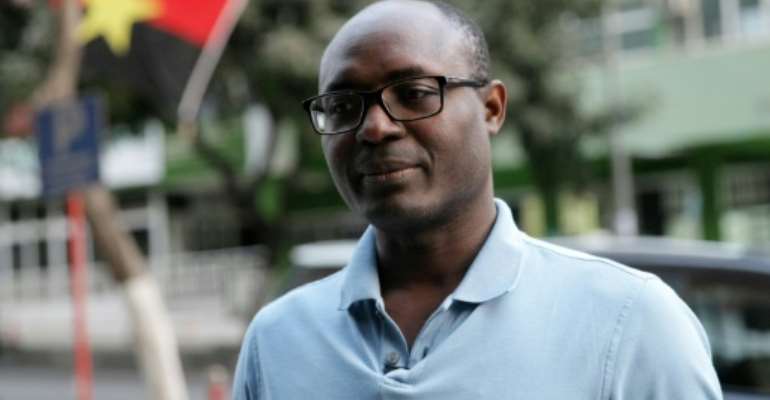 An Angolan activist critical of the government met President Joao Lourenco on Wednesday, a day after he was barred from entering the presidential palace as part of an unprecedented civil society delegation.

Anti-corruption campaigner and journalist Rafael Marques, considered a bug-bear of the authorities, met Lourenco to discuss the issue of graft in the oil-rich but poor southern African country.

Marques, who has been convicted of various crimes linked to his investigative reporting, was among a group of activists due to meet Lourenco for unprecedented talks on Tuesday.

But at the last minute palace aides blocked Marques from meeting the head of state who has publicly proclaimed his commitment to the fight against corruption.

Marques praised the president's "noble gesture" and hailed his "openness".

"Obviously we spoke about corruption," he told journalists following the 45 minute encounter.

"I think the contribution of society to morality... is important so that corruption is no longer a cancer that eats away at society and saps our resources."

He quickly distanced himself from his one-time mentor and clamped down on Dos Santos' children who had assumed central roles in the economic sector.

The former president's son is in prison as part of an investigation into misappropriation of state funds.

He added that he had raised the "plight" of the Angolan people in his presidential one-to-one.

"People need to be able to eat to enjoy democracy," said Marques.

Angola has been locked in a grave economic crisis in the wake of 2014's fall in the price of oil which is the country's largest export.

Despite its riches of black gold, the second largest on the African continent after Nigeria, Angola remains a deeply poor country which Lourenco has vowed to revive.