A Word For Shatta Wale 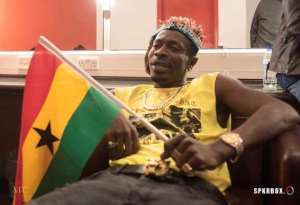 Four days ago shatta wale took to Twitter to release a song he titled, Ghana Is A Village, with the caption: “I say the truth without apology.” The truth, according to him, is that Ghana, where he called his ‘home’ in another tweet, is a village, and he does not regret saying such. You could tell from his tweet, and others like it, that his newly discovered truth was the result of a change in his environment. (Apparently, he's been touring his Reign Album). I wonder how many more truths he has discovered as a result of a change of something.

Change is bound to happen, but does it mean truth is bound to change? For shatta wale had never proclaimed that Ghana is a village until just recently. Did his truth suddenly change or he believed a lie all these years, which he didn't discover until now? Is truth merely something we can discover by sight?

In a tweet dated 20th November 2018, he wrote: “That's why I hate traveling outside… I hate to see how far advanced countries dey… yes me Shatta Wale a craze … GHANA IS A VILLAGE.”

Again, you could see from this tweet, and others like it, that his whole truth was based on empirical evidence. He observed certain advanced countries and posit that Ghana, far from any of them, must be a village. This observation, although at one level true, faces a challenging question of whether it is true at all levels. The level at which it is true is when we say Ghana, as we see it, is far from any advanced country. Shatta Wale himself admitted this in another tweet dated as the one previously mentioned that, “... wetin better… country wey hospitals no get bed, roads all spoil, … where the ambulances dey?... we dey village stop this nonsense.” In short, we are very far off. Admittedly, everyone has observed this about Ghana. Moreover, the use of the word “advanced” places some countries in a category where Ghana is not known or yet to be known. This is nothing new as we all are aware of this fact. But, by categorizing Ghana as a Village, Shatta Wale takes what we all are aware of by giving it a new category, namely, “Village.” That is, where, according to him, Ghana belongs.

Friends of his ‘truth’ have called this a bold submission as per the Retweets I've seen on his twitter page. But is a bold submission inconsiderate of categories where Ghana had already been placed? For Shatta Wale, in order to make his submission, was mindless of the fact of Ghana already being in a category— what is now called, ‘a developing country.’ Ghana is among one of the developing nations of the world and Shatta Wale bypassed this category without thinking for a second what that meant. We can see the effect of relying solely on empirical evidence for truth: it is mindless of facts.

[Audio] 'Because of Mr Akudugu you want to destroy me, It wo...
59 minutes ago