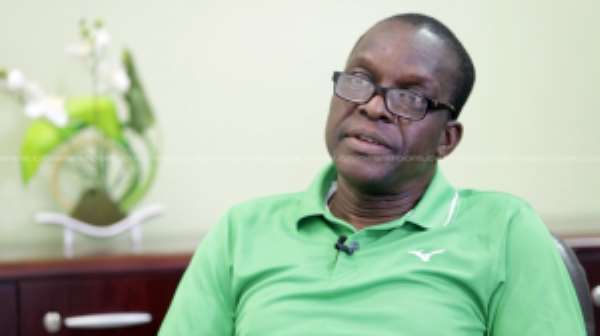 Alban Bagbin, a National Democratic Congress [NDC] flagbearer hopeful and a 2nd Deputy Speaker of Parliament is advocating for presidential and parliamentary candidates to be tested for HIV/AIDS as part of their qualification processes.

This, he says will raise awareness on the need for persons to get tested and help take away the stigma associated with the disease.

Mr. Bagbin made these remarks as part of contributions to a statement to mark world AIDS Day in Parliament.

“…We have to include it as part of the qualification of a Member of Parliament; that before you go to stand an election, you go for an HIV test, and so should it be for all presidential aspirants,” Mr. Babgin suggested.

It is not clear how Mr. Bagbin expects this to be achieved, considering that HIV testing is purely a voluntary exercise.

This year's World AIDS Day is on the theme: 'Know Your Status' as timely.”

A recent report released by the Ghana AIDS Commission indicated that the prevalence of HIV/AIDS amongst the youth in 2017, particularly those below the age of 24, rose to about 45% nationwide .

The Ghana Centre for Democratic Development (CDD), has attributed the upsurge to unprotected sex as well as low knowledge of the youth about the infection.

According to CDD-Ghana, the issue should be a source of great concern to all, considering that Ghana's youthful population (under 25) stands at about 57%.

“As government and other non-state actors are working to create an enabling environment to educate, create employment opportunities and encourage the active participation of the youth in the governance and development process of the country, it is important for us to ensure the youthful population live responsible lives to preserve their health,” the statement added.

A Ghana AIDS Commission (GAC) report also revealed that in 2016, a total of 15,116 people in Ghana died of HIV and AIDS-related illness.