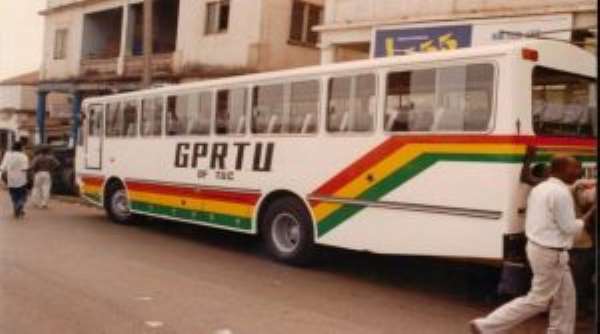 Violence broke out amid gunshots and cutlass attack on Friday night at Odorkor after a long-standing feud between executives of the Odorkor local chapter of the Ghana Private Road Transport Union (GPRTU) escalated.

Reports suggest that a legal battle between two local chairmen, Samuel Quaye and Isaac Mensah of the Odorkor branch of the GPRTU, and a subsequent race on who becomes the legitimate chairman sparked the bloody clash.

Narrating the incident, one of the drivers, George Agbozo said: “It was a terrible fight so everyone run away. About six people were shot and some were injured. We want the GPRTU and the District Commander to introduce our new Chairman so that we can start work immediately.”

This attack comes in the wake of concerns by some stakeholders who have raised questions about the credibility of the chapter.

A group calling itself the Ghana Committed Drivers Association recently accused the Union of acting as a government agency rather than pushing for the interest of its members.

According to the chairman of the group, Charles Danso, GPRTUs' credibility is at stake now hence Government needs to be weary of their activities.

“GPRTU is gradually losing its credibility. Their credibility is at stake. They are now like Government machinery, and the Government needs to be careful about this organisation.”

More Headlines
Modern Ghana Links
Any attempt by uniformed vigilantes to foment trouble here will have his body lifeless without a gunshot, cutlass or stone — Keta South warriors invoke gods
Our spiritual father says vigilantes are being recruited, armed, dressed in military uniforms to foment trouble but we shall see — Ketu South traditional leaders
The battle is for you and I to vote out the lying NPP---Horace Ankrah
Election 2020: Vote for NDC; NPP has no single project here – Ekumfi Chief
Reduce the PCR test charges at the Kotoka International Airport
Angry GRIDCO staff lock up management over wages
NPP leads in inciting violence, offensive, insulting and unsubstantiated allegations — MFWA report
Election 2020: Akufo-Addo, Mahama sign Peace Pact
Election 2020: I’ll accept the results and I pledge to peace – Akufo-Addo
Dossiers Quotes Coronavirus
TOP STORIES

Mahama promises to regulate ‘Goro Boys’ at DVLA
3 minutes ago

Any attempt by uniformed vigilantes to foment trouble here w...
22 minutes ago