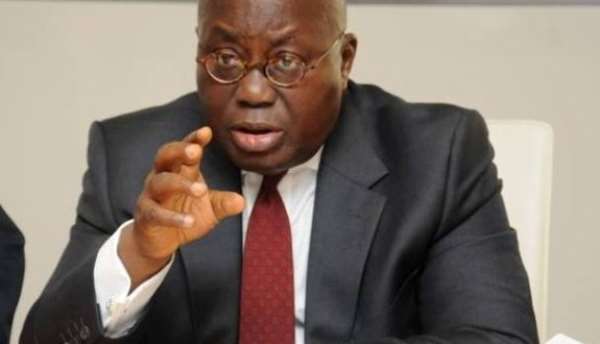 Why do Ghanaians have to trust a leader who can’t tell them the truth that Aids and Ebola are biological weapons to depopulate Africa because of the continent's fast population growth and to take control of our resources? That is a collaboration with criminals, as well as corruption.

Let any of the past or present Ghanaian leader be accused of committing a criminal act against Britain or American governments. He will be extradited to Britain, America, or the International Criminal Court to face justice. So why are our leaders behaving in this way?

Yet, if it was an African leader, that leader may never escape justice. Charles Taylor is now in prison over crimes against his own people. Two Rwandan nuns have been jailed over the Rwanda genocide, even though the Belgian government is responsible, thus; why are our leaders not showing any intelligence?

Taking all these into consideration, it’s very annoying to acknowledge the fact African leaders have allowed the US government to test biological weapons of Aids and Ebola in the continent of Africa with impunity. How do they regard Africans? Why are the leaders so selfish yet they claim they care about Africans?

Every Ghanaian leader before taking office as president will rise up and swear on the Bible, to preserve, protect and defend the Constitution of Ghana. However, after becoming president Ghanaian leaders collaborate with external forces (governments), forgetting all the promises they made to unleash criminal activities against their own people with impunity.

African politics stinks because to an African leader, becoming a leader means to feed his family, make sure he has enough money hidden somewhere so that in case he is no longer in power, he can get something to feed himself and his family. Thus; corruption never ends in African politics, yet they claim that they are fighting against corruption.

As it turns out, the development of a vaccine against the Ebola fever was funded by the Pentagon, and all rights to the medicine belong to the US government.

Why should such a thing happen without a word from any African leader, yet the Russian leader has commented on this criminal act, even though Ebola is not in his Country?

In theory, this question has two answers; firstly, the Ebola virus is an ideal biological weapon. Infection is transmitted so quickly that it can be used to destroy any isolated group of people, including the population of an entire country, if neighbours blocked the borders and secondly, it’s enough to set up a panic with the help of the media, and then sell the medicine at exorbitant prices to governments around the world.

This has already happened with the strains of avian and swine flu, which frightened the entire planet literally out of the blue.

Ghanaians who believe in whatever God they worship should pray very hard so that such a thing will not happen in Ghana because the day someone will be diagnosed with the disease Ebola in the country, Ghana will never be the same again.

Unless the Ghanaian government hides it from the media and claim it's malaria, before the articles of scientist Johan Van Dongen, Dr. Wolff Geisler and Joel Savage will be given the attention they deserve.