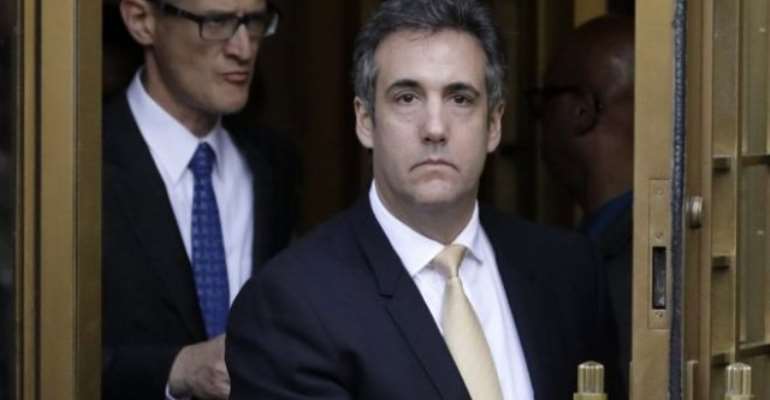 US President Donald Trump's former lawyer Michael Cohen has pleaded guilty to lying to Congress in relation to the Russia inquiry, US media report.

He appeared unexpectedly at federal court in Manhattan on Thursday morning.

Thursday's development is the latest twist in the US Department of Justice special counsel's investigation into whether Mr Trump or his inner circle colluded with a Russian attempt to influence the 2016 presidential election.

Mr Cohen - once a staunch Trump loyalist - was interviewed in October last year behind closed doors by congressional investigators.

According to US media, Mr Cohen admitted to the court having made false statements to lawmakers about the extent of his efforts to pursue a Trump Tower deal in Moscow during the 2016 presidential campaign.

In his Capitol Hill testimony, sources say he had downplayed his contacts with Russian officials about the real estate project, which never resulted in any deal.

In a press scrum outside court moments after the hearing, Mr Cohen said nothing to reporters.

But his lawyer said: "Mr Cohen has co-operated. Mr Cohen will continue to co-operate."

Mr Cohen once famously vowed he would take a bullet for Mr Trump, but speculation mounted over the pugnacious attorney's loyalties after his home and office were raided by the FBI in April this year.

In August, Mr Cohen, who had been Mr Trump's personal lawyer for more than a decade, pleaded guilty to eight criminal charges, including tax evasion, bank fraud and campaign finance violations.

He said he had paid hush money to two women who alleged they had affairs with Mr Trump, at the direction of "the candidate" - a clear reference to Mr Trump.

Undisclosed payments to bury embarrassing stories about a political candidate can be treated as a violation of US campaign finance laws.