NUGS chides government over delays in release of students loan 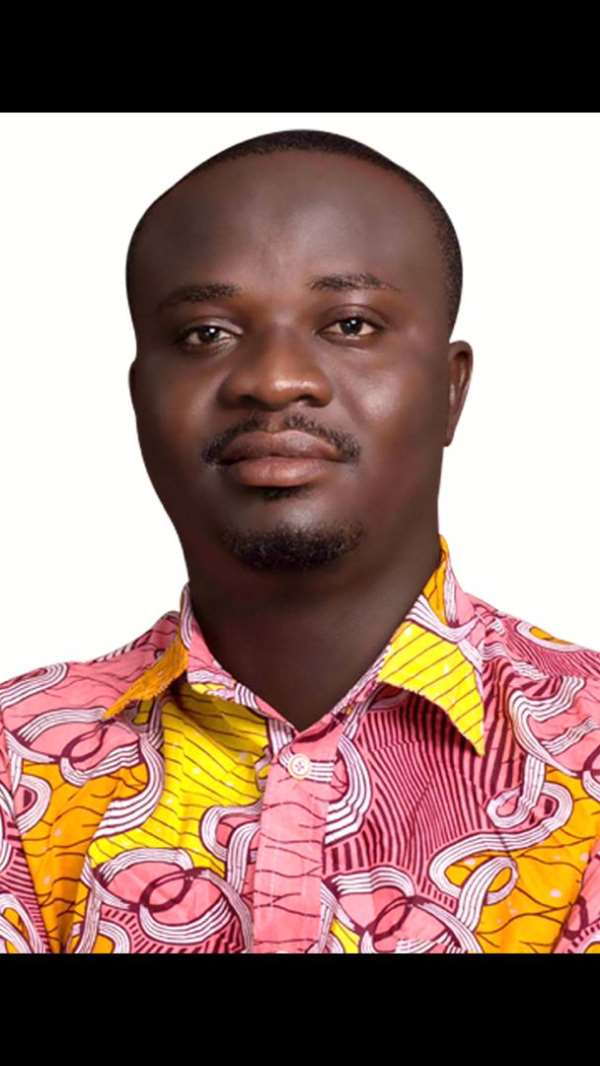 The National Union of Ghana Students (NUGS), has through a press conference held on 27th November 2018, accused government of being insensitive to the plight of students in the country.

The Largest student body in the country, believes that government isn't being proactive and has shortchanged Ghanaians, since it is doing the opposite of what it promised Ghanaians during the 2016 General elections.

"Schools have reopened for 3 months now but the loans had not yet been disbursed to students. This we find to be a blatant disregard and insensitivity to the plight of the poor Ghanaian student whose only source of hope is the loan".

The NUGs President, Mr Gombilla Saddique Mohammed further chided the government over the delays in the payment of Teacher Trainees allowances.

"Since President Nana Addo Dankwa Akufo-Addo restored the nurses and teacher training allowances as a way of fulfilling campaign promise, the government has not been consistent with the payment. Having being a major campaign promise by the current President in the last elections, one would have expected that, the government would pay seeking attention to the issues relating to the allowance. The reverse is rather the case", he asserted.

He further called on government to be proactive and make the necessary arrangements to pay the trainees their deserved allowances.

He said "We call on government to put in place adequate financial preparations to avoid the boring unnecessary delays".

Officers of the National Executive Committee of the National Union of Ghana Students, Colleague National Officers, Institutional Representatives here present, Fellow Students, Media Friends, Ladies and gentlemen, Good morning to you all and thank you for making it here this afternoon as we seek to draw attention to the enervating state of difficulty facing the Ghanaian student and the need for them to be resolved. As you may be aware, the entire citizenry of Ghana is not happy with the current socio-economic state of affairs of our country and the story is no different as far as the individual Ghanaian student is concerned.

The Ghanaian student today regrettably is not happy and I will tell you why. Student Loan Trust Fund Colleague students, ladies and gentlemen, as I address you this moment, the legion of students who rely on the hand-to-mouth loans under the Student Loan Scheme are in absolute despondency following the failure of government to disburse monies to the fund. And this is happening in a country where leaders parrot their commitment to education and the youth, this kind of situation is the least one would expect. Schools have reopened for 3-months now but the loans had not yet been disbursed to students.

This we find to be a blatant disregard and insensitivity to the plight of the poor Ghanaian student whose only source of hope is the loan. The reasons given by the CEO of the fund last week when we issued a statement on the matter for the non-disbursement of the loans do not in any way portray the reality on the ground. Because, our checks at other sectors of the economy are indicative of the fact that due considerations have been given to them.

Often, we tout the veracity of poverty amongst Ghanaians as if poverty is a situation to be desired. Is it then not stupefying that while conceding that parents are poor, government compounds the situation by reneging on its responsibility to make funds available to tertiary students in the form of loans. The fierce harshness of the situation is exacting a heavy toll on students who are supposed to be accorded the necessary support that the state can afford. If we were a nation with priorities, should we deny students the merest support they need to study and yet keep pontificating about the need for education to be taken seriously? It is no longer news that our economy has been rickety for a substantial time now. Prices are suffering volatility, cost of living is on the ascendency and standard of living declining by the day. In the face of these dire situations, the money expected to help most students stabilize their living standards on campus regrettably has been held for the past 3-months.

How does the nation expect students to fare on the various campuses? If the son or daughter of a peasant farmer from my village where money is usually a rare commodity find themselves in Accra or Cape Coast or Kumasi, and for a whole semester the loan does not come, how are they supposed to live? Are we not creating fertile grounds for people to engage in unlawful activities and other anti-social behaviour? It is sad but true that consistently, this governments has shown gross insensitivity to students and student welfare. They have demonstrated clearly that they have little regard for knowledge acquisition.

The media, ladies and gentlemen, while we are struggling to contend with the problem domestically our brothers and sisters studying abroad face even more frustrating situations. Universities and other centres of learning out there have written to Ghanaians to either meet their financial obligations or be shown the door.

This is not only disgraceful but also unacceptable. How can we abandon our countrymen in foreign lands without any compunction? We are a proud nation, or at least that is what our forebears fought for, and if for any reason we are unable to meet our obligations, we need not extend our collective shame beyond our borders and be made the laughing stock of the rest of the world.

Ladies and gentlemen, even as we continue to suffer under the crotchet of poverty on the various campuses, with the bitterness in us, we want make a strong case to government to oblige our request for a speedy disbursement of funds to students so as to tranquilize the anger in us. We would be forced to advise ourselves should there be any default by end of month.

NO TIN NO FREEE SHS
Ladies and gentlemen, we ask why should this be? During the presentation of the 2019 Budget by Finance Minister,Mr. Ken Ofori Attah, he said, Beginning from the next academic year in September 2019, parents and guardians will now have to show proof of their tax identification numbers (TINs) before their children and wards can be allowed to benefit from the free senior high school (SHS) programme.

The move according to the Ministry of Finance is to ensure that people are tax compliant before they are allowed to benefit from government-sponsored social intervention programmes and policies. The Ministry again said the move is aimed at ensuring that all Ghanaians obtain TINs to give the government a proper and comprehensive view of people's earnings for the purposes of tax administration and collection.

Consequently, the Director of the Revenue Division at the Ministry of Finance, Mr Anthony Dzadra, advised parents and guardians who do not have TINs to endeavour to register or risk having their children and wards barred from benefiting from the free SHS programme, beginning from the 2019 academic year. Ladies and Gentlemen, The TIN is a unique 11-digit number that is a requirement under the Revenue Administration Act (RAA) 2016 (Act 915).Obtaining a TIN is a requirement for any taxpayer to transact business with ease.

A tax payer therefore is any natural or artificial person required by law to pay tax imposed by the State. In as much as a basic feature of taxation makes it compulsory, it is also proportionate in character and usually based on the ability to pay. It is also true that, liability for non-payment of tax is on the person expected to pay and not a third party. It is therefore intellectually and emotionally overwhelming for us to come to terms with why government would want to subject young, poor, unemployed and vulnerable secondary school students to the harsh impacts of somebody’s non-compliance with the country’s tax laws. It is again most astonishing that, this caveat is coming from a government that prides itself as the cradle of social interventions. It has never been part of the history of this country that, the enjoyment of social interventions are subjected to unreasonable conditions as in the instance case.

The National Union Of Ghana Students wishes to state without any scintilla of doubt that, we perceive this yet to be implemented policy to be insensitive and unresponsive to the educational needs of the Ghanaian student who bona fide is enjoyed by the 1992 constitution under the directive principles of state policy to enjoy free education. Currently, the country has an estimated population of 30 million and 6 million have been identified as potential tax payers and only 2 million actually comply and pay their taxes. This clearly demonstrates the attitude of the Ghanaian towards the payment of tax. We expect government to employ more civil, modernized and efficient ways of collecting taxes as opposed to the proposed regressive style aimed at denying vulnerable SHS students without notice access to education.

We do not want to believe the actual ideation behind this policy is for government to smartly swerve its financial responsibilities towards the much touted free SHS program as discussed by some sections of the media. This certainly wouldn’t auger well for us. We also wish to state that we are in no ways against government’s resolve to close the leakages and expand the tax net since it would benefit us too. We are however against any move that is hostile to our very existence as students.

TEACHER AND NURSES TRAINEE ALLOWANCES
Since President Nana Addo Dankwa Akufo-Addo restored the nurses and teacher training allowances as a way of fulfilling campaign promise, the government has not been consistent with the payment. It is therefore important to make our concerns known to the general public because all attempts to get answers for the delays have so far proven futile despite earlier government assurances that payments were going to be on schedule as promised during the re-launch of the allowance in Sunyani. Having been a major campaign promise by the current President in the last elections, after being successfully elected into office, one would have expected that, the government would pay seeking attention to issues relating to allowance. The reverse is rather the case. We call on government to put in place adequate financial preparations to avoid the boring unnecessary delays.

Conclusion We wish to serve notice that if the problems catalogued above persist, the Union will be left with no choice but to embark a nationwide demonstration against the gross insensitivity to the predicament of students and the youth.

Mr. Chairman, colleague national officers, fellow students, We wish to also use this opportunity to speak out against the culture of harassment of students by management using internal security as was the case at KNUST. It was a deviation from the norm for our colleagues (especially fresh men and women) to undergo the harrowing trauma from the experience of physical abuse and subsequent sudden closure of the school. We are calling on school authorities to be listening and also put measures in place to guarantee the full rights and freedoms of all students as enshrined in our national Constitution.

While we bring our address to a close, let me caution that we will also resist any attempt by the authorities of any university to increase school fees arbitrarily come next academic year because parliament has not approved the fees schedule for the past 2 years. To us, it is not a debt; rather, we paid what the fees for the last 2 academic years were.

We expect school authorities to adopt cost saving measures and improve their internal revenue mobilization mechanisms. I hope we will not be forced to adopt any extreme measures to have our grievances addressed. Long live the students' struggle, Long live NUGS Long live our nation Ghana, God bless Ghana and make it truly great and strong.