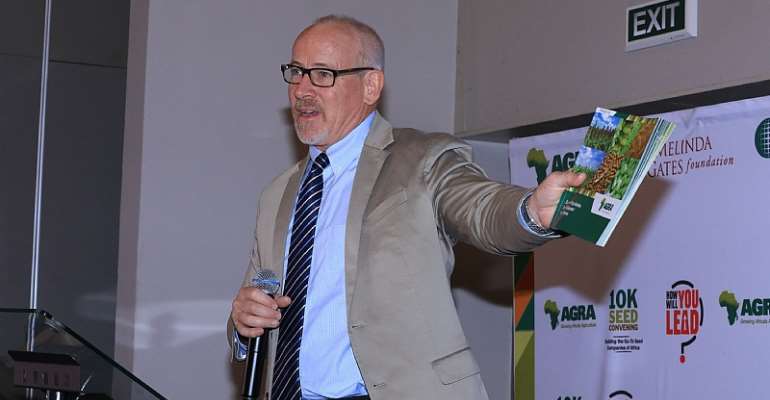 For Africa to realize its dream of attaining food and nutrition security, and improved livelihoods of its populations, the private sector must play a key role in agriculture development especially in increasing access to seed of improved varieties, an on-going regional convention on seeds production has concluded.

The fourth 10K Seed Convening in Accra Ghana emphasized that seeds of improved varieties are important in raising yields and ensuring food security, proper nutrition and prosperity not only for smallholder farmers but also for the general population. Close to 90 participants embodying, over 85 small and medium sized private seed companies from 11 countries in Africa, Governments, National Research Institutes, Donors, and CGIARS are participating at the fourth 10K Seed convention in Accra. 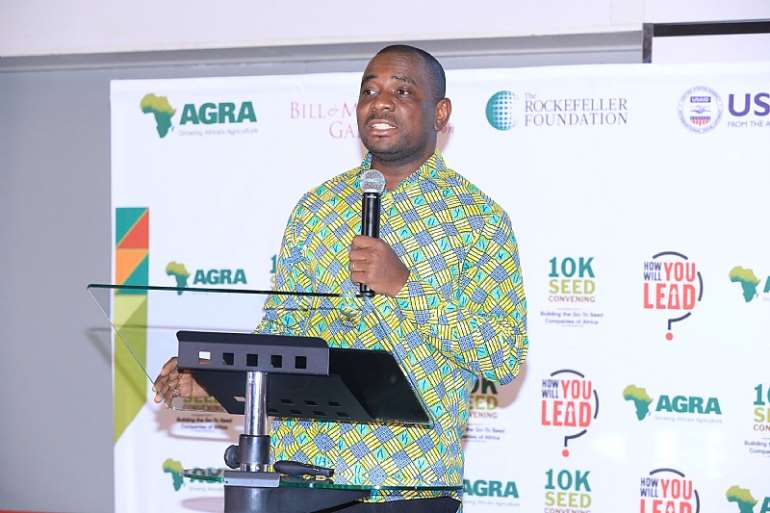 Every 2 years the seed convention brings together these participants to review progress and learn from each other best approaches towards the intended mark. The 10K ambition is on seed producer entities that are already producing or have the potential to reach 10,000MT+ of improved seed production per annum. This initiative inherently seeks to promote, inspire and recognize converging efforts toward growing a quality- focused seed production industry for sub-Saharan Africa.

In 2012 the seed companies set themselves an ambitious target of producing 10,000 Metric tons of seeds each per year giving rise to what is dubbed the ‘10K Seed Club.’ Four of AGRA funded seed companies have achieved the 10K status and cumulatively the over 85 small and medium sized Africa based seeds companies have produced over 500,000 MT of seeds.

Over that period, these companies have produced and sold an estimated 724,830MT of improved seeds. On average, the use of improved seeds and the right farming practices have enabled farmers to more than double their yields, in monetary terms, this represents about US$369 Million in additional income for these farmers.

It is well established that over 50 percent of the total crop yield is determined by the genetic potential of the crop, carried in the seed with the rest apportioned to proper agronomy, use of other inputs like fertilizer and natural conditions. Despite this, only an average of about 20 percent of farmers in Africa use seeds of improved varieties. The numbers are even lower among smallholder farmers who make up close to 70 percent of the continent’s population, the forum heard.

In the past 12 years, AGRA has made targeted investments that have resulted in a rise in the number of local seed companies from 10 in 2007 to 114 today in the whole of sub-Saharan Africa excluding South Africa. National Agricultural Research Systems supported by AGRA have released over 670 new crop varieties that are high yielding, adapted to local agro-ecological conditions and with better resistance to diseases, pests and drought. Over 430 of these varieties are commercialized by private seed companies and made available to farmers.

Speaking during the ‘10K Seed Club’ convening, Hon. Dr. Owusu Afriyie Akoto, Ghana’s Minister for Food and Agriculture said that improved seeds rather than huge machinery are what Africa needs to become self-sufficient in food production.

“Planting for Food and Jobs, the Government’s flagship programme, is a success story that has so far distributed improved seeds to over 200,000 Ghanaian farmers to boost food production and has in its first year of implementation produced a total crop value of GH¢1.2 billion resulting from the use of labour, improved seeds and fertilisers. Investing in research and building capacity for researchers to go out there and improve varieties, therein lies agricultural future of Africa and nothing else. It has nothing to do with tractors and big ideas, just the small improved seeds have got the potential to increase yield,” said the minister.

The 10K Convening is a platform that discusses progress and achievements of AGRA-funded seed companies, in addition to highlighting opportunities, technologies, innovations and spur public-private partnerships in seed systems development.

Dr. Joe Devries, Vice President Program Development & Innovation at AGRA says that the smallholder farmers’ contribution to the national economy in many African countries is confronted by serious constraints including limited access to productive resources.

“In most African countries, smallholder farmers who are key to revolutionizing food security still face serious constraints such as declining soil fertility, lack of improved seed and planting materials, agro-chemicals, information, technology, access to markets among others. In order to transform Africa into a net exporter of food, interventions such as strong partnerships and strategic planning by governments, through the Research Institutes, as well as empowering private seed companies to embark on the breeding of improved varieties will help Africa realize its dream of attaining food and nutrition security,” says Dr. Devries.

Established in 2006, AGRA is an African-led, Africa-based and farmer-centered institution working to put smallholder farmers at the center of the continent’s growing economy by transforming their farming from a solitary struggle to survive to a business that thrives.

In the new strategy for 2017-2021, AGRA is supporting 11 African countries and 30 million smallholder farm households (150 million individuals) to increase their incomes and improve their food security. 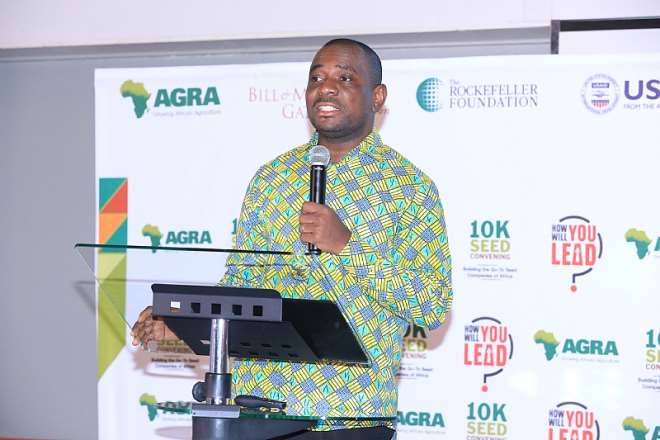