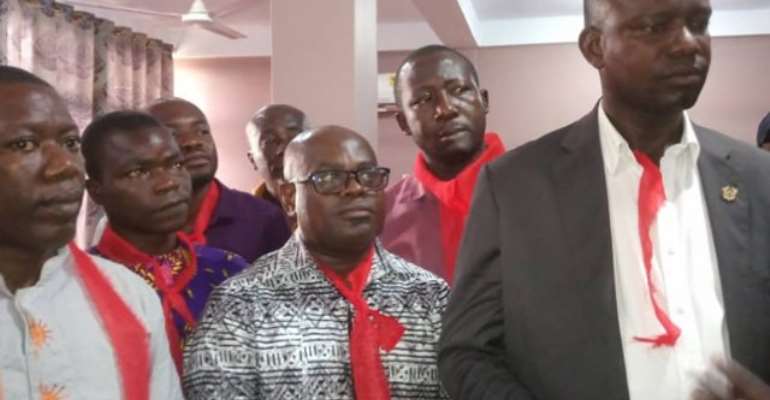 Striking members of the Colleges of Education Teachers Association of Ghana (CETAG) say they will not be part of any negotiations with government until their November salaries are paid. The members had their salaries frozen by government after they called a strike in protest over poor conditions of service.

The strike was declared on October 29 with the members hoping their issues on market premium and research allowance will be addressed by government.

But the government has described the strike as illegal and resolved not to pay them for the period they were out of the office.

It appears the decision has angered CETAG all the more.

On Wednesday, the striking CETAG members in red armbands organised a press conference during which they called out the Education Ministry PRO accusing him of making factually inaccurate comments.

President of CETAG Prince Obeng-Himah who addressed the press in the Ashanti Region said the directive to freeze the salaries of its members is procedurally wrong.

He told Luv FM’s Erastus Asare Donkor they will honour the summons by the Labour Commission which has been scheduled for tomorrow but will disregard any move to meet government until their salaries are paid.

“We have been clear and we need to be consistent that unless the issue of the frozen salary is settled we will not sit down to have any discussion with any government agency,” he said.

He said they will be going to the Labour Commission with a strong legal team to tell them their story, insisting they have followed the right procedures before announcing their strike.

He said the NLC has not described their strike as illegal and does not lie in the mouth of government so to do.

If the strike continues any further the country’s trainee teachers will be the ones suffering because there will not be any supervision or direction from the experienced ones.