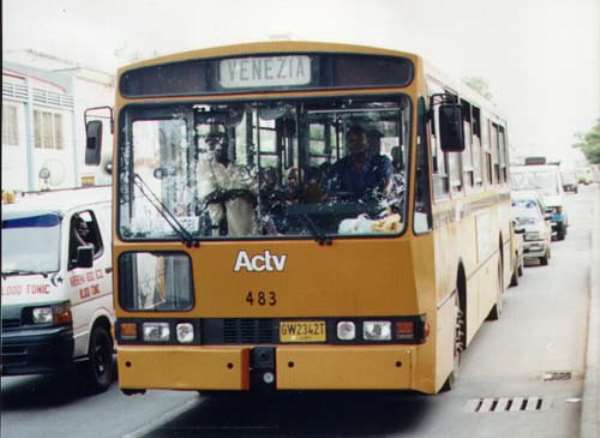 Ansah pleaded not guilty and would re-appear on November 21, this year.

Prosecuting, Police Inspector Abraham Adjei-Mensah, told the court presided over by Justice Noble Nkrumah that, on the March 18, 2005, Ansah was assigned a Metro Mass Transit bus with registration number GR 1513U from Tepa to Kumasi with passengers on board.

Prosecution said on reaching Attakrom, near Mankranso on the Sunyani-Kumasi trunk road, the accused drove his vehicle without care and carelessly overtook a vehicle that was directly in front of him. Inspector Adjei-Mensah said during the course of overtaking, the Accused's bus collided with an on-coming Benz bus with registration number GR 6069U, travelling from the opposite direction and heading for Goaso with 20 passengers on board.

The Prosecutor said the Metro bus climbed and ran over the Benz bus, killing 19 of the passengers.

Police Inspector Adjei-Mensah said some passengers also sustained various degrees of injuries, including the driver, Ansah. Lawyer Owusu Sekyere, counsel for the accused had to stand on his feet for almost 40 minutes before his request for bail was granted.