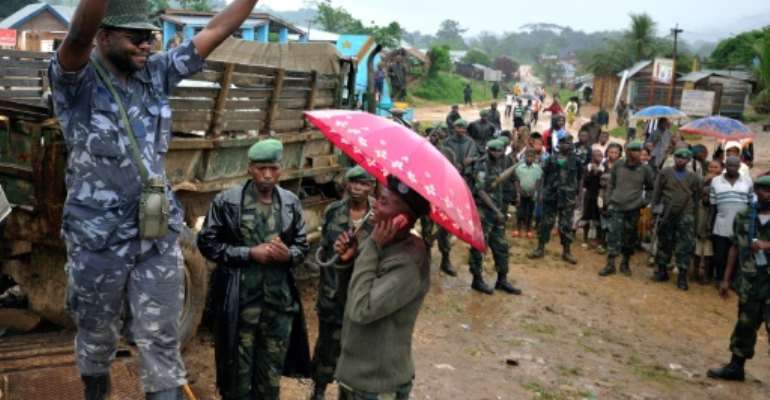 A former milita leader accused of mass rape and crimes against humanity in the Democratic Republic of Congo went on trial Tuesday at a military court in the eastern city of Goma.

The 42-year-old, who founded the Nduma Defence of Congo (NDC) militia in 2009, is also accused of theft and looting, recruiting children into his militia and belonging to a criminal gang.

Tuesday's hearing was brief, with the trial quickly adjourned to December 6 to allow Sheka to form his defence team.

In July 2017, Sheka surrendered to the UN peacekeeping force MONUSCO, which turned him over to Congolese authorities who had issued an arrest warrant for crimes against humanity in 2011.

MONUSCO launched military operations against the NDC in 2015.

Dozens of armed groups are active in the eastern DR Congo, a lawless region that is rich in mineral resources, wreaking havoc in the decades since the official end of a 1998-2003 war which claimed millions of lives.

"I'm happy about this trial because Sheka raped the entire town of Luvungi," said Honorine Feza, a woman who attended the opening hearing.

"Let him be convicted for these barbaric acts."

The former Belgian colony is heading for long-delayed presidential and parliamentary elections on December 23.