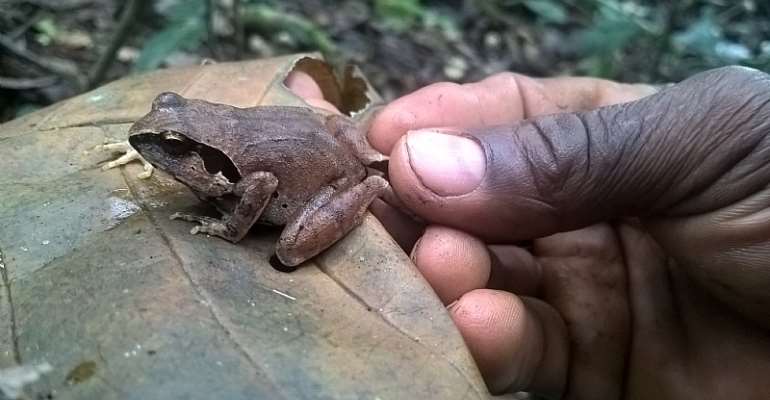 A team of conservationists at SAVE THE FROGS! Ghana has found two gravid (“pregnant”) individuals of the Giant Squeaker Frog (Arthroleptis krokosua) in the Sui River Forest Reserve, the frog’s last remaining habitat. Only three other gravid individuals have ever been found in the last sixteen years.

This find affirms that recent efforts of businesses and conservationists to save the unique West African frog are yielding success. The Giant Squeaker Frog is a flagship for saving the Sui River Forest Reserve’s rainforest habitat, which supports many rare species of amphibians and birds.

SAVE THE FROGS! Ghana’s recent efforts are being supported by the environmental-friendly firm Lush Cosmetics and the African Bird Club, in partnership with the Ghana Wildlife Society, Birdlife International and the Ghana Permaculture Institute. 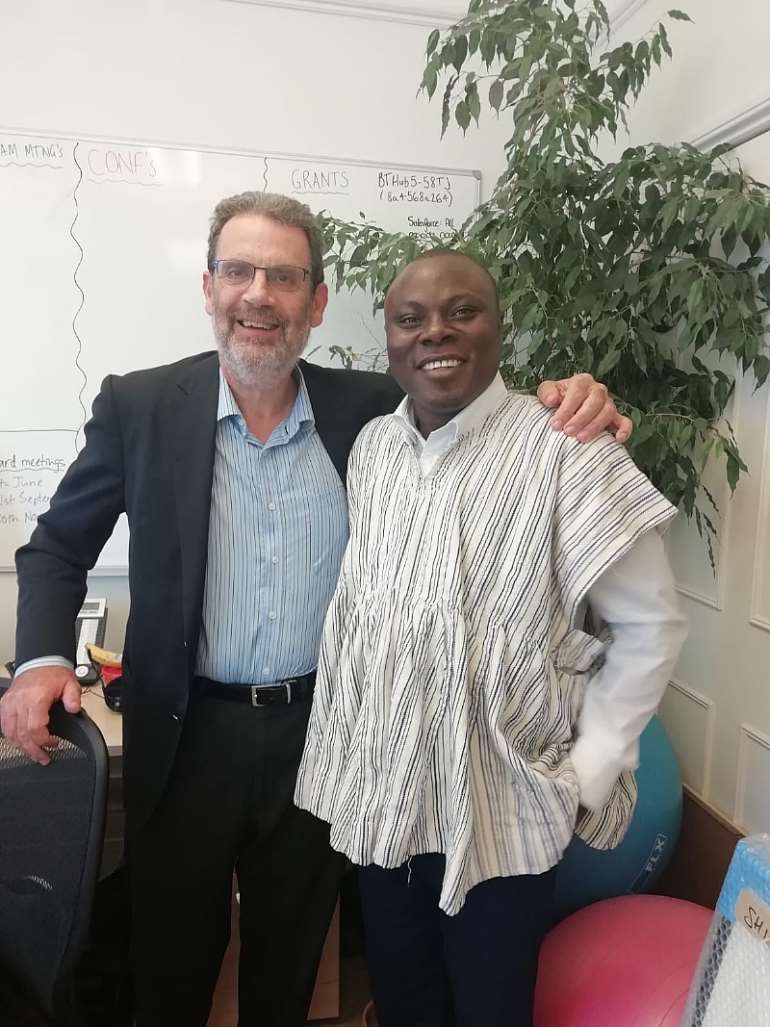 SAVE THE FROGS! Ghana’s Executive Director, Gilbert Adum, who recently returned from his studies at the University of Cambridge in the UK, led the team that spent a week in the forest searching day and night for the rare frog. While in the UK, Gilbert met with the staff of the International Union for the Conservation of Nature (IUCN) to upgrade the conservation status of the species to critically endangered, and to expedite an action plan to avert its imminent extinction.

SAVE THE FROGS! Ghana is working to get the Sui forest designated as a Key Biodiversity Area (KBA). Achieving that status will help deliver sustainable livelihoods for local communities and tighten protection for the forest.

Otherwise, the Giant Squeaker Frog, along with a host of other threatened species, will suffer from habitat damage and loss from extensive logging and farming. KBA status will also help protect the hornbills (which are being hunted) and Grey Parrots (which are being trapped and then sold in the pet trade).

In the meantime, Gilbert says he and the team will closely monitor the two gravid frogs and continue their survey efforts. The SAVE THE FROGS! Ghana team is interested in uncovering exactly where and when the frogs will lay their eggs; how long it takes for the eggs to hatch; and how many froglets can survive to adulthood. The answers to these questions will help them understand the ecological needs of the species and thus develop targeted conservation interventions.

Meanwhile, SAVE THE FROGS! Ghana is currently involving community leaders and members in tree-planting, which has been ongoing since 2013. This is coupled with frog and bird surveys to update knowledge of priority species. The team is also providing education materials so that schoolchildren, hunters and community leaders understand the importance of the forest for the Giant Squeaker Frog and other wildlife while recognizing the impact of illegal trapping and hunting on birds.

The Giant Squeaker Frog is one of the world’s most endangered species, so we are happy to deliver you this news, and we send thanks to all the individuals and organizations who have supported SAVE THE FROGS! Ghana efforts over the past seven years. 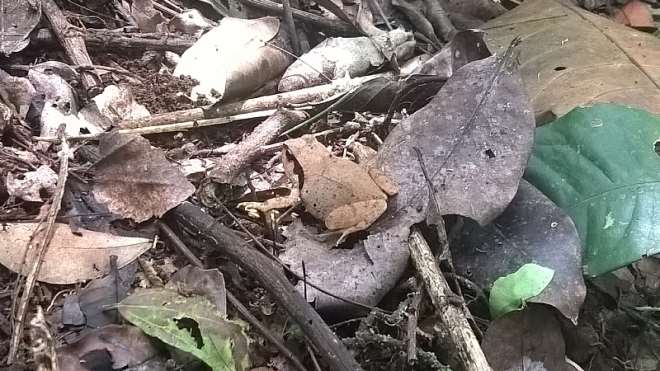