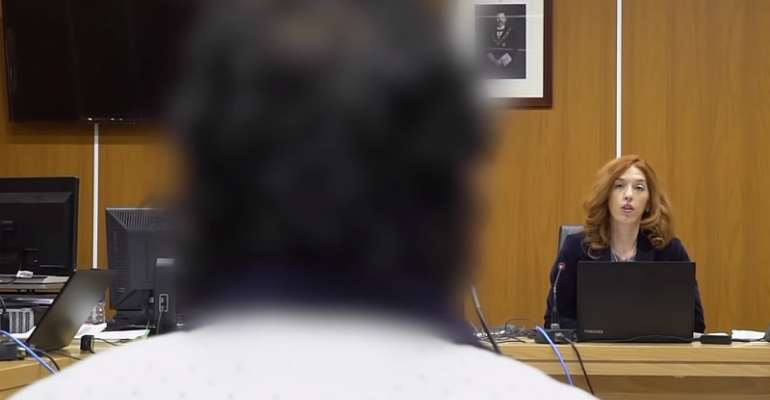 Demonstrations are planned around the world this weekend to mark the International Day for the Elimination of Violence against Women. In Spain, the issue of fighting domestic violence has been a national priority for well over a decade.

Fourteen years ago, a law was passed introducing key reforms in Spanish courts to deal with domestic violence. Special judges were trained and appointed. They have the power to process suspected cases of domestic violence within 72 hours.

Judges must see evidence from the accuser and the accused. If there is sufficient evidence, a trial will take place within 15 days. Often when the evidence is overwhelming the accused pleads guilty and receives a reduced sentence.

Preventative measures are taken to protect an alleged victim, including restraining orders. If the terms are breached then the accuser risks jail.

Special category
"If these kinds of crimes had happened outside the home, they'd be punished as petty crime," said Borja Valencia, a community court judge in Madrid.

Perpetrators of domestic violence face tougher sentences than other violent crimes with the exception of murder. Spain has created a special category of law called "crimes against women in a relationship".

The main challenge in fighting domestic violence in Spain, as with other countries, is that most victims take years to lodge a complaint.

Extended periods
An NGO in Seville is trying to change that. 'Survivor' runs workshops for both men and women that teach participants how to love in a way that ensures a non-violent relationship.

Most participants have experienced extended periods of domestic violence, including the NGO's founder.

"I never thought this could happen to somebody who is educated. I thought it was social class thing...but that just isn't true," said Antonia Avalos Torres, founder of Survivor.

Data suggests that Spain doesn't have the worst record for domestic violence. However, forty women have died at the hands of their partners this year. The number may well have been higher had it not been for the country's special domestic violence courts.