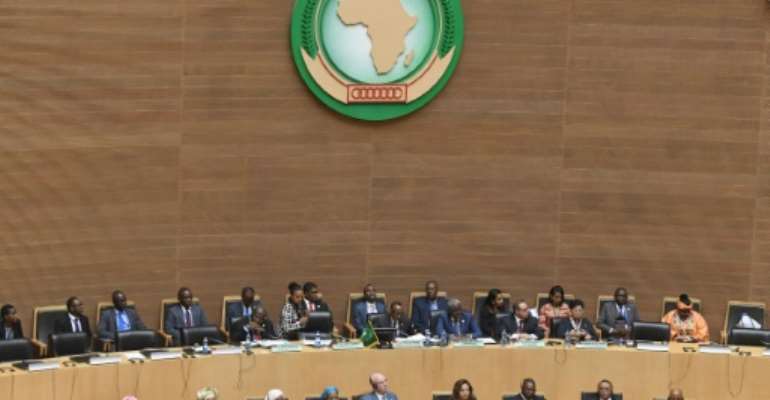 A committee established within the AU found some female employees, especially those on internships, volunteer programmes or short-term contracts, were being sexually harassed by line managers. By Monirul BHUIYAN (AFP/File)

The African Union on Friday said an internal investigation had found sexual harassment to be "prevalent" within the organisation.

The admission comes after a committee was established in May to investigate anonymous allegations.

It found some female employees, especially those on internships, volunteer programmes or short-term contracts, were being sexually harassed by line managers.

"It is the finding of the committee that incidents of sexual harassment exist" within the AU, a statement said, adding that there was "almost unanimous confirmation of the prevalence of this occurrence by interviewees appearing before the committee".

It said that senior staff styled themselves as "gate-keepers" and "king-makers" in order to exploit employees without job security.

The perpetrators, it said, were "well-positioned to make believable promises to young women that they will be offered contracts".

The body would now establish "a comprehensive sexual harassment policy that protects the victims and takes the strongest punitive measures against any perpetrator", the statement said, but did not give any timeline.