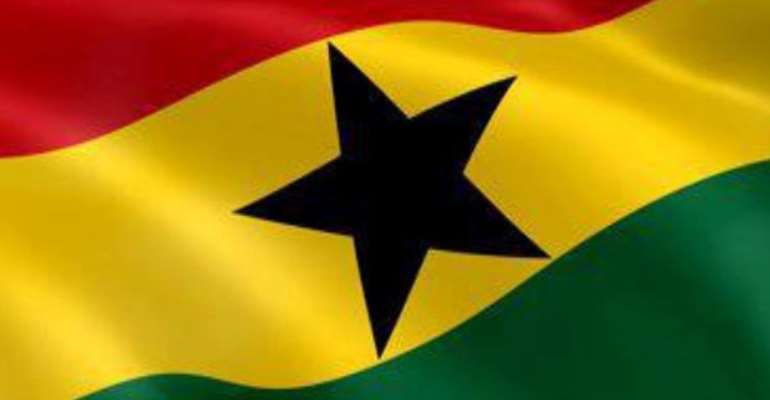 Nationalism in its lowest definition is 'devotion to one's nation, advocacy of national unity and independence'. On the other hand, patriotism is loosely defined as 'zealous love of one's country'. Therefore, the question is: is a nationalist necessarily a patriot?

The history of the African continent has a lot to talk of nationalists who were devoted to and worked tirelessly to 'free' the various nations for national unity and independence. However, the leaders and people of the continent have presided over a continent rich in anything we can think of, but criminally bereft of patriotism towards our various nations.

The result is the parlous state of this beautiful continent swimming in abundance of resources nature graciously gave to us yet unable to feed ourselves, offer formal education for our children and bedevilled by many preventable diseases. Ghana has a history of nationalism that goes beyond struggle for independence and national unity. Over the years, our pride as a people and a state to own huge businesses and assets has never been comparable to any nation; however, we do not have the patriotism to manage efficiently the national assets we are proud to possess.

It is this absence of patriotic duty to this country that has seen many businesses that were established by the state collapse. It is amazing to still hear and see the exhibition of nationalism when national assets which we over time have allowed to get rotten because we did not exhibit any sense of patriotism in their management, when those assets are being privatized to corporate bodies for efficient management for the good of the nations.

We have lost one of the continent's respected airlines, the defunct Ghana Airways which flew our national flags and promoted our nationalism. We lost it out of unpatriotic behaviour of those managing the Airline. Needless political interference of unpatriotic nature contributed towards the collapse of such many state businesses which if they had been well managed with patriotic zeal, the levels of unemployment in this country would have reduced. The Black Star Line – the nation's Shipping Line is also gone. And and how we sold the ships and to whom is still an unpatriotic mystery hanging around our necks.

I remember some vociferous individuals kicking against the privatization of Ghana Telecom on the platform of nationalism. However, they lacked the patriotism to patronize the services of Ghana Telecom to help sustain it even if we admitted that it was inefficient. At the national level, we have had a group of intellectuals over the last five decades who allowed populist nationalism to drown patriotic and realistic policies that were needed to stabilize our country. They put fear in governments who coiled and shied away from taking the necessary measures required to grow our economy and enhance development.

In the 1770s, a vociferous intellectual minority shunned everything and any advice that came from the World Bank, the International Monetary Fund (IMF) and their affiliates even when it was obviously clear that we were mismanaging our affairs. The fear of these socialist vociferous intellectuals got governments to engage in economic policies which further worsened the economy and the plight of the citizenry in the name of nationalism without patriotism.

The IMF is an international association of nations which was formed after World War 2 to regulate trade and payments, to make loans of foreign monies to nations with temporary payments deficits and to administer exchange rate systems (Ofori Atta Jones, Introduction to Micro-economics). As an association, members make contributions to it and seek their assistance where needed.

In my view, the IMF does not engage in charity activities; it lends monies to nations in need so that they can improve on their economic performance and improve the lives of their people. Let anybody tell me, which lender will not set up conditions as a prerequisite for the granting of loans? When nations recklessly misuse their resources and mismanage their systems and require loans, the lenders will not grant the loans and sit down unconcerned for the borrower to go on a spending spree that will not correct the ills of yesterday to ensure a brighter future tomorrow.

Each time this nation accepts loans from the IMF and decides to work under a programme mutually agreed upon by both the lender and the borrower, the nationalism in us takes the centre stage, but when we criminally embark on policies and programmes which have serious negative tolls on our economy, the patriotism in us which should stop the criminal and politically motivated policies get missing.

When you have just two operationally functioning vehicles and you decide to employ five drivers and pay them, it is not nationalism. It is sheer waste of public resources. There will also be a time when you will not be able to pay the drivers. The IMF will simply ask you to shed off two drivers who do not contribute to your income and save money. The IMF simply gets us to discipline ourselves as a people, as a nation and as governments. Why did the Mahama government, even though shouting above its voice that the policies and programmes that attracted the IMF funding was internally fashioned and yet required credibility sanctioned by the IMF?

We should always not be too hostile to the IMF for the fear that the conditions they attach to the loans we go for are too harsh for us. The conditions are things we know we have to do but indiscipline and corruption on our part make us turn blind eyes to what we know we should do as patriotic sons and daughters of this land.

Surely, some of the IMF conditions for financial support restrains governments to do certain things that are politically correct but economically incorrect. The recent announcement by the Minister of Finance in his 2019 budget that Ghana has weaned itself off the three-year IMF programme the Mahama's administration led us into should not make us happy if we will not discipline ourselves as a government and as a people.

If we keep on doing the old bad things that send us to and from the IMF, we will still be knocking on the doors of that institution. There are nations which had the support and guidance of the IMF in the past and became very successful with time. It was not nationalism which created the East Asian Miracles of the 1990s; it was patriotism, the sense of doing what is right and thinking right.

Any nation which has a history of perpetually being in debt, internally or externally, becomes a slave to its creditors and no amount of nationalism will get that nation out of its indebtedness. We cannot continue to have unrestrained appetite for foreign services and foods and expect our industries to survive and create jobs and also be able to save money. Blind nationalism should give way to unadulterated patriotism in this country. Ordering V8s from Kantanka Motors for ministers and MPs will help save foreign exchange and open up other opportunities for the nation. Without patriotism from us all, it is too early to shout UHURU because we have finished with the last programme with the IMF.

Some three tots from Daavi to improve my immune system!