More Tributes Pour In For The Late MP Agyarko 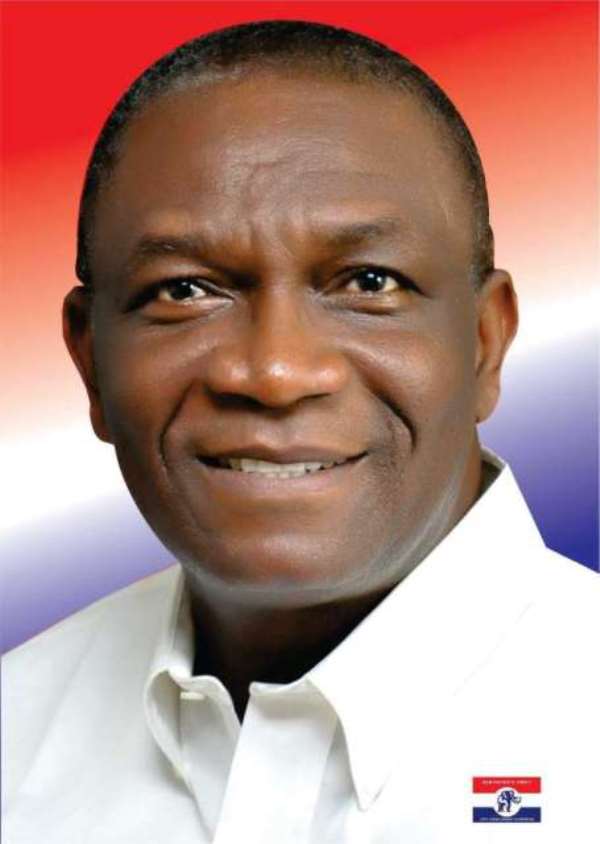 Honourable members on Thusrday grieved about the loss of their colleague MP, a pharmacist and former Chief Executive Officer of the Foods and Drugs Authority, who would turn 61 on December 10, 2018.

He was reported to have died in a hospital in the United States, where he was seeking medical treatment.

A sombre atmosphere filled the chamber of Parliament, which had a low attendance on Thursday, as the legislators wore mourning attire in the colours of mostly red, black and brown; and symbols on their attires depicted the deep sense of loss of a man, who members from both political divide described as a friend, mentor, counsellor and unifier.

The House, led by Mr Joseph Osei-Owusu, the First Deputy Speaker, suspended the debate on the 2019 Budget of the Government, adjourned sitting and visited the Ashongman residence of the late legislator and commiserated with the family.

In separate interviews with the Ghana News Agency, the legislators described the late Agyarko as a man that exhibited humility, a friend to all, approachable, mentor and counsellor.

Ras Mubarak, the MP (NDC) for Kumbungu, expressed shock and said he did not see any visible signs of physical illness on the late Agyarko before the House went on recess last July.

He said the loss of the late Agyarko is a great loss, not only to the family, but also to the governing New Patriotic Party, the House and the nation as a whole, and extended his 'heartfelt condolence' to all affected by the loss.

Mr Carlos Ahenkorah, MP (NPP) for Tema West, said it was very painful to lose Mr Agyarko at this stage of the governance and democracy of the nation, describing the death as a big blow to the nation.

Describing the deceased as personal friend, Mr Ahenkorah recalled knowing him when he worked as an official of the Narcotics Control Board, and the Foods and Drugs Authority where he became also Executive Director.

As he expressed pain at the loss, Mr Ahenkorah, said there was nothing serious about the health of the late Agyarko and extolled him for being humble, active and lively in his interaction with fellow legislators.

'Mr Agyarko's death is big blow to the NPP Government,' Mr Ahekorah said, adding, 'may his soul rest in peace.'

Madam Felicia Adjei, MP (NDC) for Kintampo South, said the late MP advised her to make friends across the political divide, because differences in political views do not make legislators enemies.

Alhaji Boniface Abubakr Sadique, Minister of State at the Office of the Vice President and a former Minister for Inner Cities and Zongo Development; and MP (NPP) for Madina Constituency, whose constituency shares boundaries with that of the late Agyarko, recalled knowing the deceased since their student days at the Kwame Nkrumah University of Science and Technology (KNUST).

'And he became my fellow MP, and our constituencies share boundaries; and so we've sharing ideas on the development of our constituencies. I recently heard he was not feeling well, but not expecting that would make his exit from the stage.

'The world is stage, and we will all have our entry and exit at a time. Life is short; what is very important is that we'll all play our expected and respected roles well.

'I feel the pain, and you could see the sorrow that I did not exhibit so much vim and vigour when I made a contribution on the budget this morning,' Alhaji said.

Madam Dela Sowah, MP (NDC) for Kpando, also recalled her student days at KNUST, and eulogized the late Agyarko as a consensus builder 'We'll really miss him,' she said.

MP (NPP) for Bosome Freho, Madam Joyce Adwoa Akoh Dei, said the late Agyarko was a man full of energy, a positive person and was source of encouragement to all.

'You know, he was a dancer and very energetic dancer. I remember at a workshop at Capital View in Koforidua, he danced when most of us could not dance that long. He is an elder to some of us; he is a nice person,' Madam Dei said.

Mr Agyarko was born on December 10, 1957 at Odumase Krobo in the Eastern Region of Ghana.

He had a Bachelor in Pharmacy, which he obtained at the Kwame Nkrumah University of Science and Technology (KNUST) in the year 1982.

The late Agyarko worked as the Chief Executive Officer (CEO) of Food and Drugs Authority Head Quarters in Accra.

He first entered Parliament in 2012 as MP for Ayawaso West Wuogon when he succeeded the current Chief of Staff, Frema Opare.

He went on to successfully retain the seat during the 2016 elections.

He also once served on the committee of Environment, Science and Technology, as well as the Government Assurance Committee and the Health Committee.

He was married with seven children.