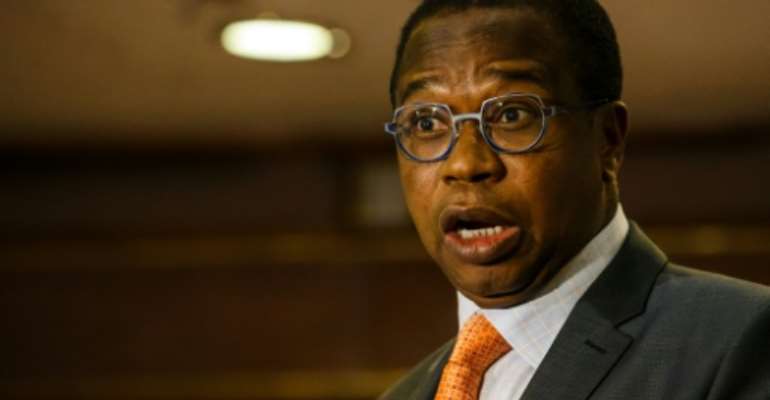 Ncube's budget also set out plans for the biometric registration of civil servants to weed out "ghost" workers who appear on the payroll without actually turning up to work.

Ncube said the government would from January cut basic salaries "for all senior positions,... up to deputy ministers, ministers and the (presidency).

"The salary cuts are also extended to basic salaries of those in designated posts in state-owned enterprises, including constitutional commissions and grant-aided institutions."

The public sector wage bill accounts for 90 percent of the country's revenues and the problem of phantom workers is another drag on the nation's finances.

This was the first budget since President Emmerson Mnangagwa's disputed election.

Chaos broke out in parliament after the speaker used police officers to eject opposition members from the building for failing to stand up when Mnangagwa walked into the house.

The theme of the $6.6 billion 2019 budget was "austerity will lead us to prosperity".

Without giving a figure, the government said it planned to reduce the number of the country's foreign missions from the current 46.

Ncube said the 2018 budget deficit would be 11.7 percent of GDP, while growth was forecast to be four percent this year and 3.1 percent next year.

Zimbabwe's monthly inflation in October rose to 20 percent from five percent, due to a rise in transport and food costs.

Mnangagwa took over from veteran autocrat Robert Mugabe last year and won disputed elections in July after campaigning on a pledge to revive the economy, attract foreign investment and create jobs.

But less than three months after the vote, the dire financial problems of the Mugabe era -- shortages of fuel and basic foodstuffs including bread, sugar cooking oil and essential medicines -- have returned to haunt the new leader.

Many Zimbabweans rely on electronic payments as US dollars, which function as the main currency, are scarce, and the local "bond note" currency is little trusted.

Bond notes were introduced in 2016. Although in theory equal to the US dollar, they were soon trading at a far weaker rate, and the gap has widened in recent weeks.

Public anger at the state of the economy was a contributing factor to November's military intervention that finally toppled Mugabe, then 93, after 37 years in office.

Mugabe's reign as the head of the ruling ZANU-PF party was marked by corruption and mismanagement that led to an exodus of investors, mass emigration and collapse of many public services.

Unemployment is generally put at over 90 percent, while the size of the economy has halved since 2000 when many white-owned farms were seized.