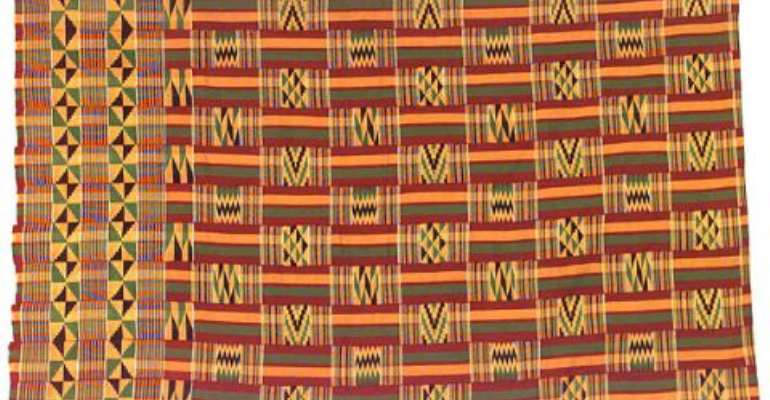 Organized by Davida Expositions of Ghana and LASKO D&P of Belgium, the event is also meant to celebrate the rich texture Kente and its real economic potential to the world.

Briefing the Ghana News Agency (GNA) Business Desk in Accra about the event, Mr David Amofah, Chief Executive, DAVIDA Expositions, said for a long time, Kente had been used by several people all over the world, without recourse to the actual history, production and economic potential of the fabric.

"Hence our decision to take the risk of restating Kente as a powerful symbol of our national culture to the world and make the world appreciate it better than ever before."

He said it was sad that people all over the world could be using Kente without knowing where it originated from or its significance in terms of design and symbols. The event would be under the theme: "Discover Ghana... The Homeland of Kente."

Mr. Amofah was optimistic that such an event would not only bring Kente, its power and importance to bear on the international community, but also once more highlight Ghana on the international market as a centre of immense potential and skill within the textile industry. "The objective is to sell Kente and Ghanaian textiles and handicrafts as true Ghanaian brands through promotion and exposition," he said.

"It is also to encourage the export of locally made products, expose local products to the international market, attract investment and foreign exchange."

Mr Amofah noted that countries such as South Africa, Mauritius, Kenya and Zimbabwe had certain products associated with them and Ghana should also put up a symbol that it could easily be identified with. He indicated that Ghana was using the event to acquire the patent rights for Kente, which had been in limbo for sometime now. Mr Amofah said the company, which was collaborating with the Ghana Embassy in Belgium and several other government agencies, was putting in place stringent measures to ensure that only serious business people, with the desire that met the basic criteria of the event, would be processed for the fair. He called on immaculate Kente producers to apply to take part in the event.