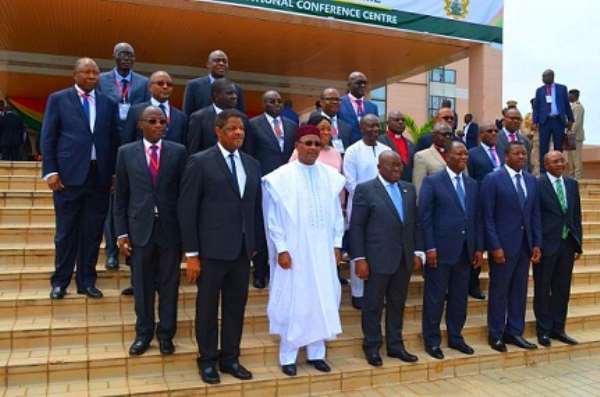 Call any political analyst from a developed country to comment on African politics, that comment will be worse than Donald Trump referring Africa to a ‘Shit-hole nation.’

Already, Africa is portrayed by the foreign media as a demographic ticking bomb, but the inefficiency of the leaders has increased the negative perception given to Africa by the developed World. People don't understand why Africa is the richest continent in the world but the population suffering in such a manner.

In my opinion, “African politics is like little children learning how to play football. They play the ball to any angle, yet the target is to score a goal.” It’s really a fun to watch children playing football exactly like how African leaders lack the knowledge to rule.

The continent of Africa is full of bad politicians because thousands of politicians were inspired to join politics because of corruption. Only 5% can boast of joining politics to pay attention to the welfare of the suffering masses.

African politicians claim they went to school, some to the university and passed their exams to apply for jobs as politicians, yet they can’t serve the country efficiently, therefore, what did they studied at school? If one can’t perform better of what he has studied, then such person lacks efficiency or simply unproductive.

African leaders lack the knowledge to improve the economy and the environment of their country. The worst of all is that many can’t even afford the products manufactured in Africa. Cocoa is one of Ghana’s export products, yet many can’t afford to buy Cocoa products in Ghana.

'Lack of education and mismatched skills remain major obstacles to Africa’s development.' That was the topic on June 7, 2017, in Brussels, Belgium, by the African Union Commission over the future of Africa’s economic growth and the future of millions of Africans facing the threat of jeopardy, and cautioning about the hinder of developments in Africa which need proper solutions.

It was discussed how Africa’s population will double over the next 25 years and the working age-population expected to grow approximately 450 million between 2015 and 2035, said the African Union Commission Deputy Chairperson, Ambassador Kwesi Quartey.

“It is critical to urgently address the lack of education and mismatched skills, as major causes of rising numbers of unemployment,” he added.

Africa needs a change. The suffering of the masses can’t go on any longer because the continent is not poor. Africans have good reasons to be fed up with their politicians because they have disappointed the people.

There are hunger and suffering in Africa, driving thousands of people from the continent in search for greener pastures but many end up dead in the sea because of the nature of hazardous journey they take.

According to the United Nations, about a thousand refugees have died since the beginning of 2018, trying to swim across the Mediterranean Sea on the non-suitable means of swimming.

Africa has what it takes to become the greatest continent in the world but lack of knowledge, skills, efficiency, and corruption have affected and weakened the foundation of Africa’s development.

Every leader who comes to power promises to fight corruption but this old chronic disease remains incurable. As a matter of fact, no one can fight corruption in Africa. Corruption is so deep that it has affected every sector in Africa, including, the police and the judiciary system.

It’s not possible for Kwame Nkrumah to come back from his grave to help build Ghana, and it’s impossible that Africa will be given back to the colonial masters, therefore, I will remind African leaders of their responsibility with bible quotation: Proverbs 20:5.

“The purposes of a person’s heart are deep waters, but one who has insight draws them out.” African leaders need that insight to utilize our resources because the continent is rich enough to employ, educate and build better healthcare institutions in rural areas.