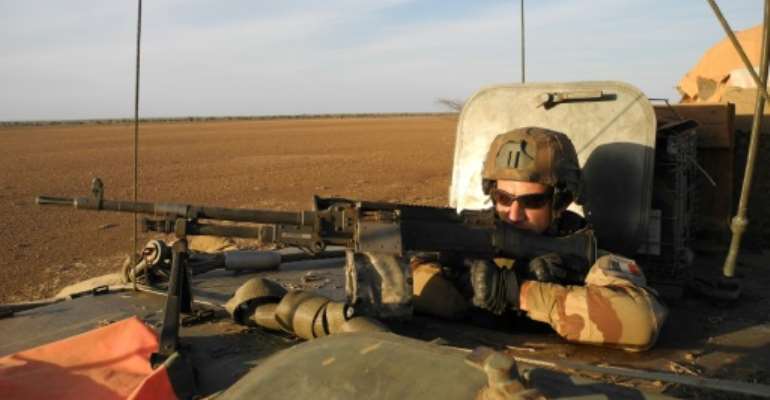 The G5 force has requested 420 million euros to set up and 100 million each year for operations. By DaphnÃ© BENOIT (AFP/File)

A fledgling African regional force fighting jihadists in Sahel countries is more effective -- with fewer resources -- than a UN mission with a similar remit in Mali, the Mauritanian president said Wednesday.

"The G5 makes do with the little resources it has, despite lots of pledges, while MINUSMA has huge resources and doesn't do as well," Mohamed Ould Abdel Aziz told French journalists. "Relatively speaking, the G5 has not failed."

The G5, whose secretariat is based in Mauritania, is a French-backed scheme conceived in 2015 to combat jihadism and lawlessness along the Sahara's southern rim, but lack of funding and shortfalls in equipment and training have led to delays in its operations.

It groups Mauritania with four other former French colonies -- Burkina Faso, Chad, Mali, and Niger -- where militants of Boko Haram and the Islamic State group as well as armed gangs have gained a foothold.

As well as fighting militants, the G5 tackles smuggling and illegal immigration networks that operate in these vast, remote areas on the Sahara's southern fringe.

The extremism and lawlessness is the result of the chaos that engulfed Libya in 2011, the Islamist takeover of northern Mali in 2012 and the rise of Boko Haram in northern Nigeria.

The 12,000-strong UN peacekeeping force in Mali, MINUSMA, has an annual budget of around a billion dollars (880 million euros).

Aziz, speaking two weeks before Mauritania is to host a donor conference for the G5 Sahel, said: "We don't understand why the international community continues to pour billions of dollars into MINUSMA without results while the five G5 countries... don't manage to raise even one-tenth of what goes every year to MINUSMA."

Nearly half of the funding pledges ($206 million out of $416 million) for the G5's start-up costs have been received so far.

The force needs another 100 million euros per year to operate, said Aziz, speaking on the sidelines of a cultural festival in the southeastern oasis town of Oualata.

So far, about 80 percent of the G5 Sahel force, or 4,000 troops, have been deployed and six operations have been carried out.

A devastating attack in June on the force's headquarters in Mali, claimed by an al-Qaeda-linked group, destroyed the communications room, prompting a halt in operations that are now expected to resume in December.

MINUSMA, set up in 2013, ranks as the most dangerous in the world for blue helmets, with 173 fatalities according to UN figures.