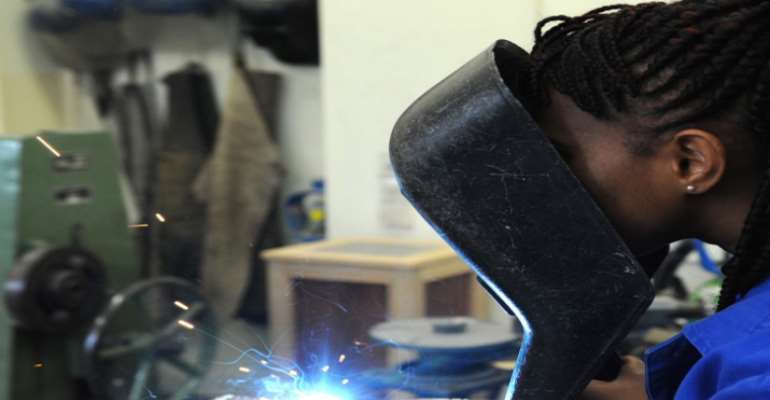 With the planned new law on the immigration of skilled workers, the German coalition also wants to create new opportunities for rejected asylum seekers.

The prerequisite for this two-year "employment toleration" should be that those affected secure their own livelihood and have been employed for at least 35 hours per week for one and a half years. This regulation was particularly controversial in the negotiations between the SPD and the Union. The coalition received much criticism for its plans.

Another condition for the "employment toleration" should also be that those affected have the reasons that prevent deportation, not to answer for themselves, and their identity is unambiguously clarified. The bill does not provide for a "change of lane" for rejected asylum seekers directly into labor migration. The regulations were worked out jointly by the Federal Ministry of the Interior with the ministries of labor and economics, and has been passed to the other ministries for a vote on Monday.

As reported by the Newspaper "Süddeutsche Zeitung"(Tuesday), the Cabinet is to decide on the draft on 19 December. He provides for a relaxation of the rules for foreigners from non-EU countries who want to work in Germany. In the future, anyone should be allowed to work here who has an employment contract and a "recognized qualification". Anyone who has a vocational training should be allowed to come to Germany for a maximum of six months in order to find a job. He must prove before that he can make a living during this time without working here. Only up to ten hours per week "trial processing" are permitted. Graduates of a German school abroad and foreigners with good knowledge of German, who have a school leaving certificate that is equal to the German, may come for a few months to seek a training place.

The rules for "educational toleration" are also relaxed. It makes it possible not to deport rejected asylum seekers "apprentice in Germany" who are likely to deported during their apprenticeship, but work for another two years after apprenticeship qualification.

Thus, the "employment toleration" does not create false incentives, the legislator distinguishes between old cases and people who have come after the entry into force of the law. The latter only receive this tolerance if they have disclosed their identity no later than half a year after entry. In addition, they can receive this status at the earliest one year after rejecting their asylum application. They are allowed to work before too. However, they will not receive the two-year protection against deportation this year. This avoids a direct "lane change".

German Trade Union Federation board member, Annelie Buntenbach criticized the draft as "short-sighted and anti-integration". Those who have their center of life here need good access to the job market. The employers of the union general-metal, on the other hand, welcomed the agreement and the "tight schedule" of the government.

Left-fraction leader Dietmar Bartsch criticized that the draft was too strongly oriented to the interests of the economy. Green Party leader Katrin Goering-Eckardt said, "If you do something without conviction, then it is also not convincing." Bureaucratic hurdles are too high. The FDP labor market expert Johannes Vogel complained, "This is by no means the big litter we need." Only occasionally there are improvements.

The Parliamentary Managing Director of the AFD Party, Bernd Baumann criticized, "Instead of regulating immigration and real needs, the doors are opened wide for anyone who even pretends to want to work in Germany."

According to the German Advisory Council on Integration and Migration, the law alone will not be able to remedy the shortage of skilled workers, "So far, the economy has hardly built up structures abroad to recruit skilled workers there." The Federal Association for Unaccompanied Minor Refugees and Pro Asyl criticized that only an "employment toleration" and not also perspectives for tolerated students should be created.