Focus On Family Health On This World Diabetes Day 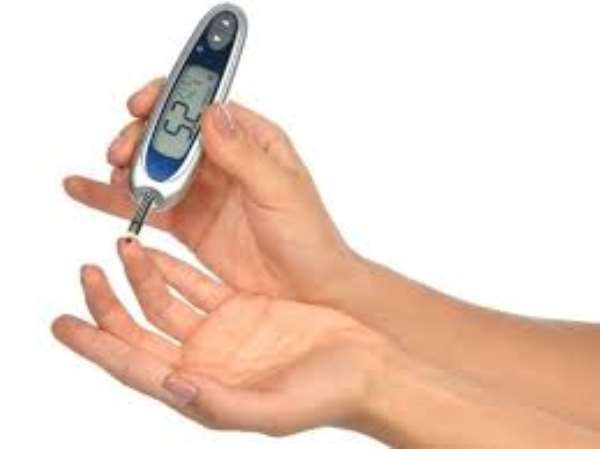 Johannesburg, November, 2018 – For many Ghanian families, showering each-other with sweet treats, unhealthy snack foods and TV and computer games is seen as a sign of love. However, this unhealthy eating and an increasingly sedentary lifestyle could be contributing to the steady increase in diabetes, which is threatening the health and lives of people around the world.

This international Diabetes Day, which was on 14 November, Ghanians should consider ways to love their families to a state of peak health, says Novartis Africa.

“This increase is in line with trends developing around the world,” says Dr Nicola Lister, Chief Scientific Officer & Medical Director, Novartis Southern Africa. “According to the World Health Organization, the number of people with diabetes rose from 108 million in 1980 to 422 million in 2014 – representing an increase from 4.7% of adults to 8.5% of adults.”

This is significant cause for concern, says Dr Lister, since diabetes is a major cause of blindness, kidney failure, heart attacks, stroke and lower limb amputation. In 2016 alone, an estimated 1.6 million deaths were directly caused by diabetes.3

“Most of these cases are type 2 diabetes, which can be treated and its consequences avoided or delayed through a healthy diet, physical activity, medication and regular screening and treatment for complications,” 3 says Dr Lister.

This World Diabetes Day, the main focus was on the family and diabetes, highlighting the important role families play in helping spot the symptoms of diabetes, as well as in encouraging healthy living to reduce the risk of diabetes.4 “Families can help address the modifiable risk factors for type 2 diabetes by reinforcing the need for a healthy lifestyle4,” says Dr Lister. “They can also make themselves aware of the common symptoms of diabetes, and encourage family members to be screened for diabetes. All families are potentially affected by diabetes, so all families should be aware of the signs, symptoms and risk factors of diabetes, to help detect it early.”

In the case of Type 1 diabetes, which most often develops in childhood, these symptoms can include excessive urination, extreme thirst, constant hunger, weight loss, vision changes and fatigue. Similar symptoms occur in Type 2 diabetes, which most often develops in adulthood. However, the symptoms of Type 2 diabetes are often less noticeable than those of Type 1 diabetes, so people may ignore them for years. However, early diagnosis and treatment are key to preventing the complications of diabetes and achieving healthy outcomes .

Simple lifestyle measures have been shown to be effective in preventing or delaying the onset of type 2 diabetes. These include: achieving and maintaining a healthy body weight; eating a healthy, balanced diet and avoiding sugar and saturated fats; avoiding tobacco use; and getting at least 30 minutes of moderate exercise daily.

Treatment of diabetes involves diet and physical activity along with blood glucose control, blood pressure control, foot care, screening and treatment for retinopathy (which causes blindness) and screening and treatment of diabetes-related kidney disease3. Family support in diabetes care has been shown to have a substantial effect in improving health outcomes for people with diabetes .

About Novartis
Novartis is reimagining medicine to improve and extend people’s lives. As a leading global medicines company, we use innovative science and digital technologies to create transformative treatments in areas of great medical need. In our quest to find new medicines, we consistently rank among the world’s top companies investing in research and development. Novartis products reach nearly 1 billion people globally and we are finding innovative ways to expand access to our latest treatments. About 125 000 people of more than 140 nationalities work at Novartis around the world. Find out more at www.novartis.com.