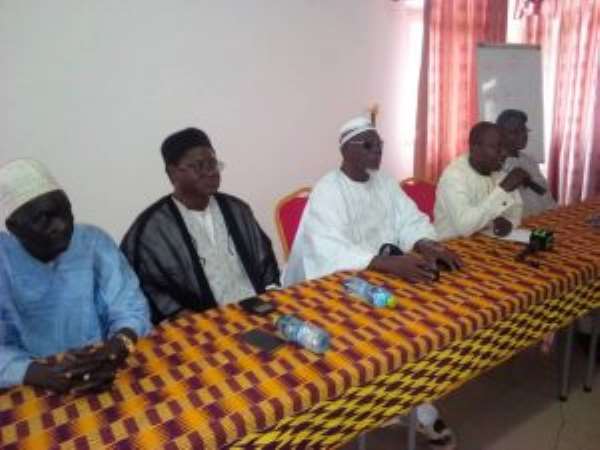 The national wing of Dagbon Forum, has lauded the final road-map to the restoration of peace in the Dagbon State.

The Committee of Eminent Kings mediating the chieftaincy dispute between the Abudus and Andanis in Dagbon at its last sitting in Kumasi came out with the final road-map on Friday November 16, 2018.

At the last sitting at the Manhyia Palace in Kumasi, It was resolved that the funerals of the two late overlords of Dagbon should be performed in the old Gbewaa Palace in Yendi.

The Abudus are to begin with the funeral of the late Yaa-Naa Mahamadu Abdulai IV from December 14 to 28, 2018.

This will be followed by the funeral of the late Yaa-Naa Yakubu Andani II from January 4 to 18, 2019.

It is against this backdrop that the Dagbon Forum has added its voice to calls on the two royals in Dagbon to strictly abide by the final road-map to the restoration of peace in Dagbon.

Vice President of the Dagbon Forum, Sintaro Mahama at a news conference in Tamale today, Monday, November 19, 2018, described the final road-map by the Asantehene-led Committee as a sigh of relief to the people of Dagbon. 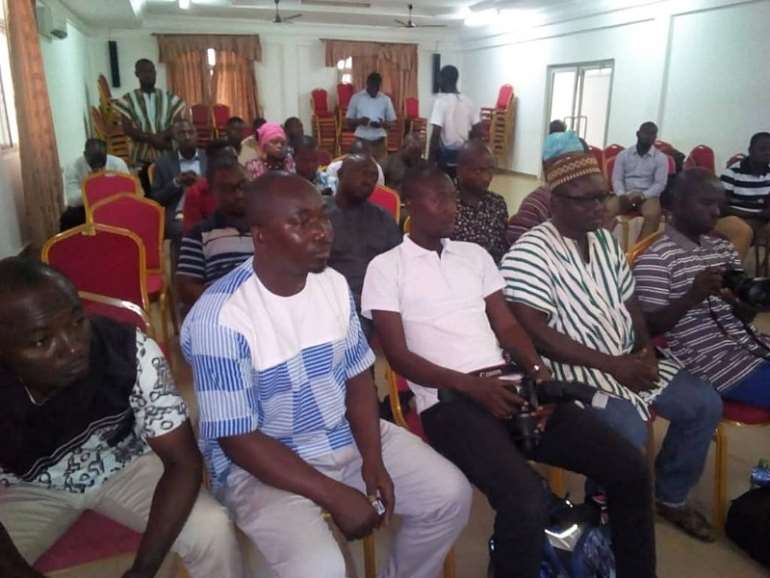 He said the Dagbon Forum would remain vigilant against hostile and aggressive tendencies seeking to undermine the efforts of the Otumfou Mediation Committee to permanently resolve the Dagbon chieftaincy impasse between the Abudus and the Andanis.

Sintaro Mahama called for adequate security measures to avert any untoward situation that might mar the two funerals performance.

Below is the Dagbon Forum's full statement:

The Dagbon Forum has received with great relief, the news that the Asantehene-led Mediation Committee of Eminent Chiefs has successfully facilitated an agreement between the Abudu and Andani feuding parties and arrived at a schedule for the performance of the funerals of the two Ya Nas.

We would like to extend our sincere gratitude to the Asantehene, Otumfuo Osei Tutu II, Nayiri, Naa Bohigu Abdulai Mahami Sheriga and Yogbunwura Tuntumba Boresa I. We commend their wisdom, diplomacy and, above all, patience in getting us to this point. We also acknowledge the government's commitment to bringing lasting peace among this big and historically influential descendant of Na Gbewaa.

The Dagbon Forum wishes to call on all sons and daughters of Dagbon to seize this opportunity to usher in a new dawn of hope. We particularly call on the Muslim Cleric to preach peace, tolerance and understanding among neighbors in Dagbon.

We urge both families to remain resolute and focused on the singular objective of organising these funerals with pride and harmony, and to make present and future generations continue to remember both occasions.

We must remain vigilant against hostile and aggressive tendencies seeking to undermine this momentous opportunity for peace and development. To this end, we call on the Northern Regional Coordinating Council, the various metropolitan, municipal and district assemblies to facilitate the promotion of peace, and tolerance among the people.

The Northern Regional Security Council should also make it clear to those seeking to abuse the situation and cause confusion that the right to free speech must be exercised responsibly. Journalists and media houses should not allow their facilities to be used to cause disaffection.

We urge creativity, tolerance, and tact on the part of elders from both families with responsibility for the performance of these funerals.

We are resolute in our commitment to support the process, and to stand up against anybody seeking to thwart this process. Dagbon deserves peace, cultural harmony and a healthy continuity of the time-tested traditional system of administration.

Once again, we thank the Eminent Kings for their dedication. We also thank the Almighty Allah and call on all Ghanaians to support this peace process.