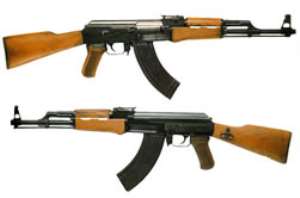 Three police officers and an officer of the Bureau of National Investigations (BNI) came under deadly attack over the weekend at Tufourkrom near Nsuta, which saw some officers sustaining various degrees of injuries, the Ashanti Regional Public Relations Officer (PRO), Corporal Prince Dogbatse, has said.

According to him, on Saturday, November 17, 2018, the security officers, upon intelligence, went to Tufourkrom near Nsuta, to effect the arrest of suspects involved in the murder of Moses Obodai, but could not get hold of them.

He indicated that the son, who survived the attack, which led to the demise of his father was able to identify some of the murderers, who were being pursued by the police, together with the BNI officer.

Corporal Prince Dogbatse continued that, on their way to Asiwa and on reaching the outskirts of Nsuta, they found the road blocked. Within moments, a group of young men started firing guns indiscriminately at the security officers.

In an attempt to run for their dear lives, Police PRO explained that the embattled officers sped off the scene and were rushed to New Edubiase Government Hospital, where ASP Boateng was referred to the Okomfo Anokye Teaching Hospital, with the others treated and discharged.

Dogbatse indicated that suspect Marcus Annan, aged 20, was arrested at the scene in possession of one single barrel gun with 3 AAA cartridges.

The suspects are in police custody.

Court issues warrant for arrest of Xavier Sosu for 'disrespe...
10 minutes ago