A Disaster Worse Than Boko Haram Looms Ahead In Nigeria 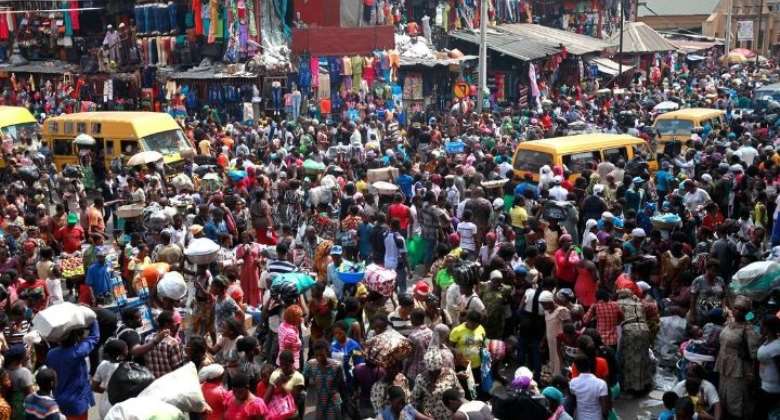 Nothing is more scary and disorienting than a disaster more cataclysmic than Boko Haram. This is the gloomy picture painted over Nigeria by the Emir of Kano Muhammadu Sanusi the II, at a 3-day International conference on insurgency and Boko Haram phenomenon in Kano, on Tuesday, November 13, 2018.

I am worried and my heart bleeds for Nigeria. The consequences of Nigerian youth population growth to “almost 100 million of youth, men and women between the age of 20 and 40” in the next 20 years is disturbing. But that is not the frightening thing. “One half of 80% poor people in the world by 2050 will be in Nigeria and the Democratic Republic of Congo.” What this means is that these two countries will account for 40% of all the poor people in the world in the next 31 years, according to the emir of Kano. Are we ready for this demographic explosion? I pity my little kids. They will grow up in society akin to a Hobbesian state of nature, where there is no semblance of government, no civilization, no law and common power to restrain human nature.” Nigeria and Democratic Republic of Congo are on the same trajectory. They are two African countries which are naturally endowed but whose development and prosperity is stultified by ethno-religious crises.

I have been thinking about this frightening revelation by the Emir of kano for the past 2 days. I thought that a warning of impending calamity of this magnitude would occupy our minds and compel us to do a deep soul-searching to find out what has gone wrong with us as people and a nation. I expected to see an avalanche of discourse on the internet discussion boards and in news coverage by the main stream media. Much to my dismay, it was the usual but monotonous and repetitious discussions on politics that had been trending. This cast doubt on my mind and I begin to question whether we truly care about the worsening security situation in our country.

If other Nigerians can easily forget the carnage and wanton destruction committed by the heartless Boko Haram, those of us from the North East, the part of the country that gave birth to the violent but needless and purposeless agitation, and arguably the region which felt the worst blow, the traumatizing experience will live with us until we breathe our last. Boko Haram has left an indelible mark in the annals of our history. We have lost many loved ones. Boko Haram has destroyed the source of our livelihood. Our children could not go to school. It stopped us from attending social gatherings and performing our religious duties as well. The bearded monsters masquerading as men of God have kept our girls and wives in captivity and made them sex slaves. They have forcefully turned boys in our midst into a ragtag merciless killing machine. Most of our towns and villages have been taken over by those overzealous merchants of death. In a nutshell, we have been living as prisoners in our homes. Boko Haram violence is the worst calamity witnessed by people in the north east.

A fruitful discussion I had with Professor S.A Saad of Bayero University Kano at the National Universities Commission (NUC) headquarters in Abuja has answered the question I have been asking for a long time. I now understand why Maiduguri has become the perfect breeding ground for Boko Haram violent takfiri ideology. Maiduguri has been a “center of Islamic and Qur’anic studies for the past 100 years since its founding.” This explains why Muslim parents from the north consider the town as the prepared place for learning. The Almajiri education which is the root cause of Boko Haram was successful in the past. However, in a world where modernity competes with tradition, the Almajiri system and all that it represents are no longer attractive in Nigeria today.

Whether the few “sheikhs” who live fat on the Almajiri system like it or not, we cannot continue to support an exploitative tradition that enslaves innocent children. The Almajiri school system where little kids are separated from their parents and taken to places far away from home under the guise of pursuit of knowledge is not built to be sustainable. It is a defective system which has no specified requirement for entry. It does not have definite duration. An enrollee has no idea about the time to finish the program. It has no certification. More worrisome, the old northern tradition of parents sending their children to Almajiri school away from home is running away from the challenges and responsibility of parenting in disguise. They cleverly but immorally shift the responsibility of nurturing and child-rearing to the community.

Now is the time for parents, religious and traditional institutions, northern elders and governments at all levels to arrest the impending menace of demographic explosion. There is no doubt that the north is in conflict with itself. Population is a blessing and at the same time a curse. Demographic increase which is not regulated is a problem. It is a breeding ground for violence. We must therefore develop a deliberate policy on fertility rate, invest in education and fight drug abuse.

The children you see on the streets of our major cities begging you for money to buy food are a ticking time bomb waiting to explode. I see anger and hatred in the sullen eyes of these wretched and miserable boys and girls. It is high time we understand that we and our overprotected children are not safe so long as these innocent Nigerian victims of bad governance are left to dwell in the excruciating pains of poverty, hunger, disease and ignorance. This is a common problem common to all Nigerians and must be seen as such.