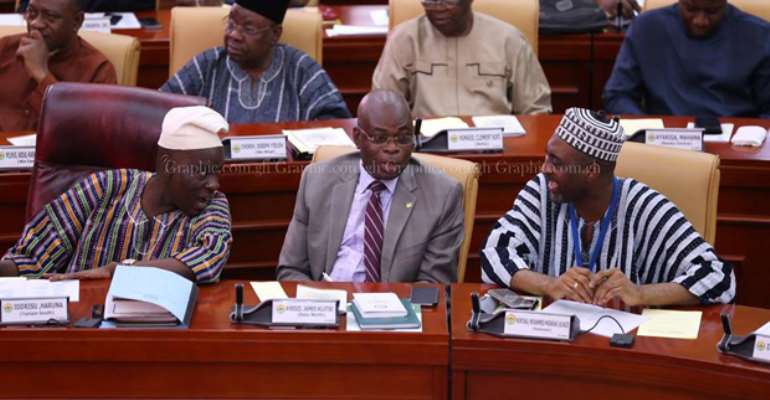 Such a description for the 2019 budget can only be spewed by the NDC. Indeed to describe the fiscal programme for next year as such is to expose one's insincerity at the marketplace.

Relying on sheer chicanery to push a political agenda as the NDC is doing, calls for an omnibus condemnation by all well-meaning Ghanaians.

A budget which seeks to, among other things, bring senior high school education to those who could not have otherwise afforded it cannot be said to be empty and hopeless.

We are particularly excited about the massive attention government continues to give the railway system which for the first time since its demise at the hands of the NDC, is on the verge of being resuscitated and with the necessary commitment to bring a change.

The importance of an efficient and modern railway system in a society such as ours cannot be overemphasised. With the standard gauge and modern speed trains, as being planned, we shall soon witness a major turnaround in the affairs of the nation.

When the railway project was mooted by the President as a campaign promise, it perhaps passed off as a normal campaign talk and therefore digested with a pinch of salt by cynics. With the establishment of a ministry for railway development rolled out and the appointment of an equally serious personality to head the ministry, one with a passion for railways, his Takoradi links being a factor, we are seeing the massive work being executed.

As pointed out in an earlier editorial, the establishment of the railway system was one of the major assignments undertaken by the colonial administration because the British appreciated its impact on development of the virgin lands.

The massive extraction of our natural resources and their movement to the ports for export to Europe was facilitated mainly by the railway system.

Just why the railway system remained in the doldrums for so long when its reawakening can have a positive impact on our road network especially the Accra to Paga link used by transit long distance vehicles plying the Burkina to Ghana route, is beyond our ken. The roads used by these vehicles have a relatively short lifespan because of the axle load of the heavy duty vehicles.

The economy would benefit tremendously when the villages and towns along the route especially the central route comes to life with an assortment of business activities.

We are told that a railway training school would be opened in Takoradi to train technicians for the system. This is employment for the youth.

The railway project is one of the tangible programmes of the government about which largely little is said about. The railway ministry in spite of the massive inroads it is making is hardly heard.

We must congratulate the communication intervention of the Trade Minister Alan Kyeremanten, Hon Osafo Marfo and Hon Ofori Atta in taking Ghanaians through the budget.

With a rampaging NDC in town, communication is of essence to counter their mendacious enterprise.

Akufo-Addo, Mahama to wrap-up campaigns with mammoth rallies...
13 minutes ago