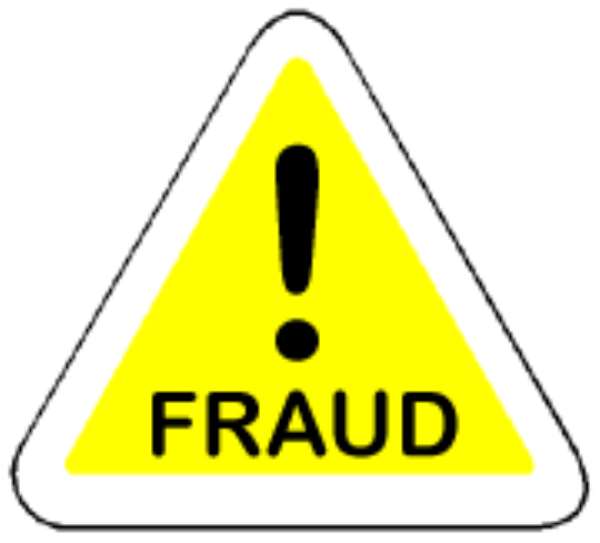 Obuasi, 09-11-05/ --Some residents of Nyameso and Bediem communities in the Obuasi municipality have accused their assembly member and some community leaders of wrongfully and illegally selling E. C. G. meter subscription forms of ¢10,000.00 to them for a whopping sum of ¢150,000.00.

The resident say, the practice does not only constitute an act of fraud, but a mark of sabotage on government and the E. C. G. who are committed to the provision of quality but affordable electricity to all.

According to the residents of Bidiem, their leaders forcibly sold each meter application form to each applicant for ¢150,000 without any receipt, instead of an accumulated charge of ¢45,000 whiles those at Nyameso, a nearby community were given general receipts indicating that the ¢150,000 is for the cost of each meter

Not satisfied, they reported the matter to the Member of Parliament Hon. Edward Ennin and the municipal chief executive Joseph Boampong who allegedly denied knowledge of the additional charge at the time.

Later the assemblyman and the other leaders met the community to explain to them that the additional charge is t o enable them raise money to purchase additional poles needed to complete the electrification project.

The agitated inhabitants however described their approach as unacceptable and illegal saying such an additional levy shouldn't have been charged using E. C. G. meter application forms.

Again they contented that; such levies should have received the endorsement and approval of the general assembly led by the municipal chief executive Joseph Kojo Boampong.

They therefore threatened to exploit every legal avenue available to seek redress.

Subsequently they appealed to the M. C. E., the M. P. and the E. C. G. to halt further sale of the forms at ¢150,000 and ensure the refund of the excess levy to their respective owners.

When contacted however, the assembly member for the Kunka electoral area who has oversight responsibility of the two towns Hon. Francis Kambi told our reporter that the decision to charge the additional fee was taken by the town's development planning committee and supported by one Mr. Isaac Tetteh of the E. C. G. who allegedly handed over the 300 bulk forms to them to be sold to all meter applicants.

Asked whether he sought the permission of the M. C. E. and the M. P. before instituting the levy, the assemblyman said the M. C. E. is not in the know officially but added that he once told the M. P. who objected to the idea.

The unit committee chairman of Bidiem, Yaw Afram on his part said the amount accruing from the levies will not only be used for high tension poles but the purchasing of some street lighting bulbs as well.

He insisted that the inhabitants have been duly informed and they have accepted the proposal.

He also added that, the M. C. E. was unaware of the decision as at the time.

The Odikro of Bidiem Nana Ofori Bonnah however told our reporter that the M. C. E., the M. P. and the Edubiasehene Nana Oguahyia Ababio are all aware of the decision and have given their consent.

He admitted that the decision was taken before the entire town was met.

“What they shouldn't forget is that I feed the workers on the electrification project myself and I also employ means of safeguarding the materials for the project” he added.

Meanwhile intelligence information reaching our news desk indicates that the MCE at a meeting with the community leaders and some inhabitants allegedly bemoaned the actions of the community leaders but pleaded with the agitated residents to allow the collection of the seemingly illegal charge to continue to avoid embarrassment, adding that the idea is good but the approach was wrong.

Responding to the story, the technical officer of the E.C.G. Obuasi, Isaac Tetteh denied given consent to the proposal but said he was co-coordinating on behalf of the community and E.C.G. He also dissociated himself and the E.C.G from the practice but said the people themselves can decide to raise extra funds to complete the project since it is a self help initiative.

The public relations officer of E.C.G-Ashanti East and West, William Boateng also echoed the company's displeasure on the sale of the forms for ¢150,000, describing it as illegal and unacceptable.

“The community leaders can not use our forms to raise monies for development” he stated.

The municipal chief executive J.K. Boampong however told our correspondent that although the practice was wrong, they cannot order the community leaders to refund the monies but rather called for the formation of a seven-member committee to oversee the collection and disbursement of the monies.