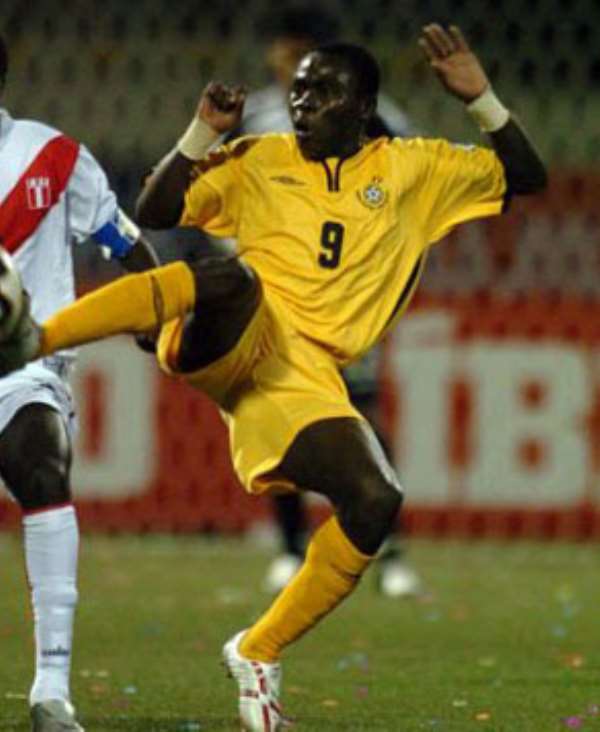 AshantiGold are optimistic two of their players, Opoku Agyemang (pictured) and Wakaso Mubarak will impress at English Premiership side, Tottenham Hotspurs. Striker Agyemang and midfielder Wakaso began a ten-day trial stint with Hotspurs last Saturday. Both players, influential members of the Black Starlets, were discovered by Hotspurs at the last under-17 world cup in Peru.
The acting chief executive officer of Ashanti Gold, Kudjoe Fianoo, told Joy Sports the club would not prevent any player from exploring the opportunity of joining the international trail.
Agyemang was the leading goal scorer at the African edition of the Under-17 championship in the Gambia.
Officials of Ashanti Gold say the player will return home and prepare for another offer from French club Marseille if the Hotspurs trial falls through.
Also on the hunt for an European destination is Heart of Lions' Sadat Bukari