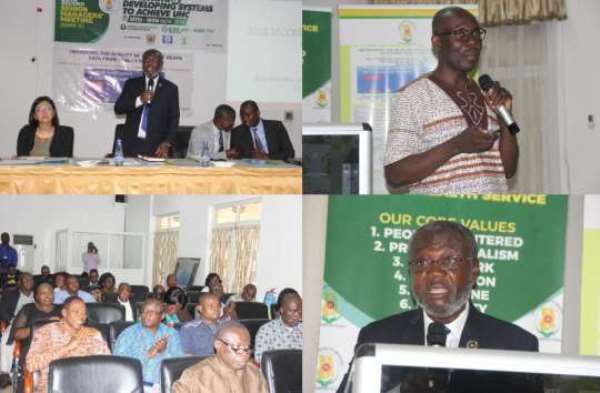 Dr Anthony Nsiah-Asare, the Director-General of the Ghana Health Service (GHS), has launched an e-learning video training course on Medical Certification of Cause of Death (MCCOD) at a meeting in Accra.

He said using the e-learning approach to further build the capacity of Physicians in medical certification of the cause of death had several advantages, as the platform had the potential to reach many more of these professionals once there was internet connectivity.

Again, apart from the fact that the approach involved substantially lower implementation cost compared to face-to-face training, it further provided physicians who took the course with the same set of skills that would translate into having comparable standards in cause of death statistics across different countries he said.

Dr Nsiah-Asare thanked all the partners, including Vital Strategies, the Swiss Tropical and Public Health Institute, and the University of Melbourne, for providing technical and financial support for the development of the e-learning tool under the Bloomberg Data for Health Initiative.

He said by the launch, Ghana becomes the first among four other African countries in the Data for Health Initiative to roll out the e-learning video.

The Director-General explained that the development of the e-learning tool was very timely, as accurate data on mortality statistics had been recognized globally as essential for public health planning and policy.

Unfortunately, in many development countries including those in sub-Saharan Africa, quality data on cause of death was lacking, citing an example that in Ghana, only about 13 per cent of the total number of deaths that occurred in 2016, were medically certified, he said.

Again, 'only about six per cent of the total number of deaths that occurred in the country had accurate statistics of suitable quality for vital statistics', attributing the factors that contributed to this rather poor performance in Ghana's mortality statistics to limited knowledge and skills in how to properly certify deaths.

He said Ghana was making several efforts to enhance the capacity of physicians to ensure accurate data, and in line with this the e-learning video on the MCCOD has been reviewed and accredited by the Medical and Dental Council, as it met a critical need in certifying deaths that occurred in health facilities across the country.

He said in addition, both the e-learning tool and video content had been developed based on international standards, as well as the Standard 2016 Medical Certificate of Cause of Death form, developed by the WHO.

Dr Nsiah-Asare said the e-learning video was now available online as a region-wide master training tool for physicians in the African region and could be accessed freely at http://www.train.org/main/course/1078859/.

He urged all physicians to take advantage of the free online video training and acquire the necessary skills in medical certification of cause of death.

Prof Naana Jane stings NPP on Corruption: 'Not even family i...
14 minutes ago