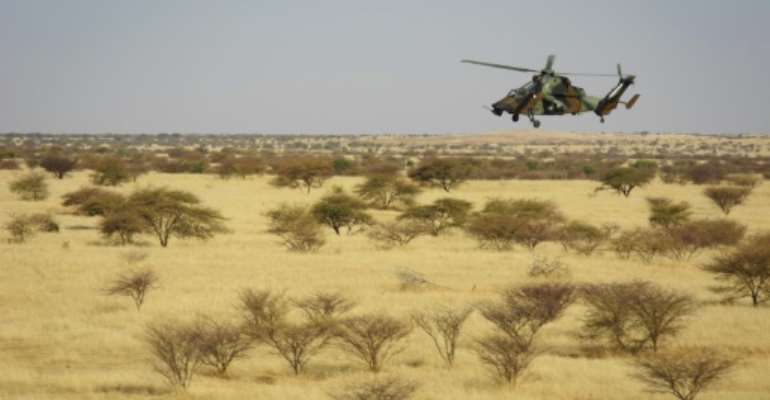 Lack of funding and shortfalls in equipment and training have led to delays in getting G5 Sahel force operations fully up and running. By DaphnÃ© BENOIT (AFP/File)

UN Secretary-General Antonio Guterres is renewing his call for UN financing to shore up a regional force fighting an insurgency in the Sahel, despite opposition from the United States.

Guterres said in a report to the Security Council seen by AFP on Wednesday that security had "deteriorated rapidly over the last six months" in the area between Burkina Faso, Mali and Niger, with attacks spreading to eastern Burkina Faso.

The three countries joined Chad and Mauritania to set up the G5 Sahel force in 2015, but lack of funding and shortfalls in equipment and training have led to delays in getting operations fully up and running.

A devastating attack in June on the force's headquarters in Mali, claimed by an al-Qaeda-linked group, destroyed the communications room, prompting a halt in operations that are now expected to resume in December.

Guterres called "for the establishment of a more extensive and comprehensive United Nations support package" for the Sahel force by setting up a UN office similar to the one operated by the UN in Somalia.

This UN presence "will allow for predictable and sustainable financing of support to the joint force, longer term planning and the consolidation of this important initiative," Guterres said.

The Security Council is due to discuss the report on Friday.

Last year, France failed to convince the United States to support UN backing for the Sahel force, even though President Donald Trump's administration has pledged $105 million in bilateral funding to the G5.

In his report, Guterres urged the Security Council "to be more ambitious in the mandate it bestows" to the Sahel force, saying it should be under chapter 7 of the UN charter, which allows for the use of force.

It remained unclear whether France would try again to win council approval for a new draft resolution on UN backing for the G5.

So far, about 80 percent of the force, or 4,000 troops, have been deployed and six operations have been carried out. Nearly half of the funding pledges ($206 million out of $416 million) have been received or will soon be disbursed.

The vast Sahel region has turned into a hotbed of violent extremism and lawlessness since chaos engulfed Libya in 2011, the Islamist takeover of northern Mali in 2012 and the rise of Boko Haram in northern Nigeria.

France has a 4,500-member military mission in the Sahel and is backing the five-nation bid to roll out the joint force.