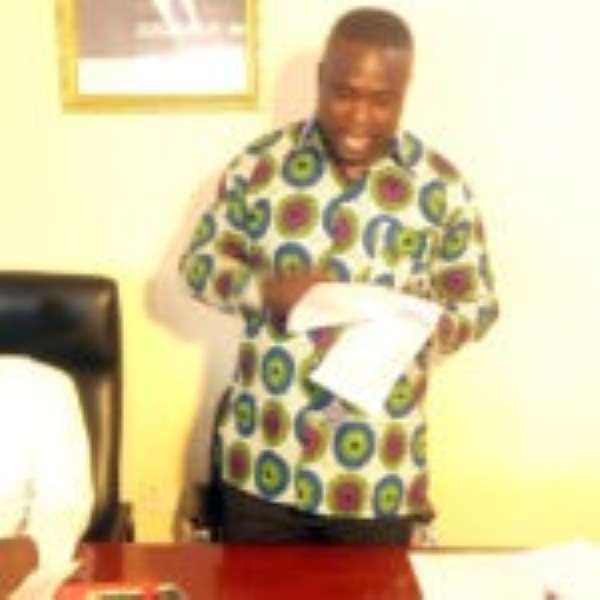 The District Chief Executive for Berekum West in the Brong-Ahafo region, Mr. Isaac Osei, has appealed for senior medical officers to be posted to the new district to enhance health care delivery.

The nine month-old district is in dire need of medical officers to supervise the health activities and programs for the people in the district.

At the moment, there is no medical officer in the district, a situation which needs immediate attention.

Presenting his maiden sessional address to the District Assembly at Jinijini, Mr. Osei noted that health delivery in the district is facing many challenges which must be addressed urgently.

He said: “The health sector in our district is bedeviled with many challenges, thereby, jeopardising our efforts to provide good and affordable health services to our people. The district has no medical officers to serve the population of about 79,656”.

According to Mr. Osei, the district capital, Jinijini can only boast of a Health Center and said the Physician Assistant managing the facility has been posted from the center without a replacement.

“As I speak, the only Physician Assistant at the district health center has been re0-posted and we still have no replacement”, he said.

The DCE said the assembly has budgeted to construct staff quarters at the Jinijini health center to accommodate the staff.

“The district has made budgetary allocation for the construction of staff quarters which would accommodate staff of the health center for the district and work would commence soon”, he told the assembly.

Mr. Osei informed the house that out of 19 CHIPS Compounds constructed in the district, only 5 of them are operational namely Fetentaa, Botokrom, Nkyenkyeman, Amomaso and Tewbabi.

Mr. Osei also informed the house that soon the Ghana Health Service, (GHS) would establish a directorate in the district to facilitate administration of health services and health delivery in the district.

“Let me state that plans are advanced to enable the Ghana Health Service set up a district health directorate to enhance health care delivery in our district”, he said.

The Presiding Member of the Berekum West District Assembly, Mr. Yaw Ansu, encouraged the assembly members to team up regardless of their political differences to see the assembly progressing with all their resources.

“As a new district, there is the need for us as assembly members to be united with one focus to accelerate the development of the district. This must be done without any political biases”, Mr. Ansu admonished the house.

The assembly members on their part pledged their support for the DCE to help fast track the development of the district.