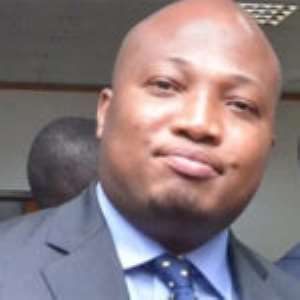 I have read news reports quoting President Akufo-Addo on the conversion of the University of Development Studies (UDS) into autonomous universities and same being presented as his initiative.

Before proceeding further to lay bare the facts, may I congratulate UDS for attaining what is indisputably a significant milestone. 25 years of enriching our higher education landscape with her exceptional contribution is truly worth celebrating. I wish UDS a happy and memorable silver jubilee.

In honouring UDS, we must not forget to hail the visionary role of President Jerry John Rawlings, whose selfless gesture birthed the UDS in 1993 when he donated his hunger prize of $50,000 as seed investment towards the establishment of that noble institution.

Anecdotally, it is rather unfortunate though when I recall how some elements in the current Government fought and violently torpedoed a UDS University Council decision to rename the university after President Rawlings during the President Kufuor era. May I resist the temptation and reserve the details of this particularly inglorious episode for another day.

As is the focus of this op-ed, I shall now elucidate on the facts of the UDS Conversion with the view to setting the records straight.

Reading President Akufo-Addo's address, I noticed in very clear and unambiguous terms the attempt to take credit for the conversion policy despite the fact that his predecessor, President John Mahama is the one who deserves the credit for pioneering and rolling out the conversion.

It is very worrying that President Akufo-Addo refuses to give credit to his predecessors as we saw recently in the embarrassing last-minute indefinite postponement of the commissioning of Terminal 3, and yet, the irony is, President Akufo-Addo is always in a hurry and does not spare the opportunity no matter how inappropriate and inaccurate in blaming his predecessors for any liability as we saw him do only a few days ago in the aftermath of the Adentan Uprising when he failed to take responsibility and blamed the needless deaths on what he called “ legacies of a past decade of neglect.”

It is basic knowledge that governance is a continuum and therefore it takes good leaders to acknowledge the positive contributions of their predecessors. At least, on three occasions when the NDC was in power, due to his role; President Kufuor was specially invited to the commissioning of first oil, the opening of the Bui Dam and the commissioning of the N1 Highway. This beautiful tone the NDC set was jettisoned by President Akufo-Addo as far back as 6th July 2017 when he went to commission the Offshore Cape Three Points (OCTP) Integrated

2
Oil and Gas Project initiated by President Mahama without inviting the latter. President AkufoAddo should learn to rise above partisanship when it is required – that is the hallmark of fine democrats.

The incontrovertible fact is that the UDS Conversion Policy was championed by former President John Mahama. He gave us very clear marching orders at the Ministry of Education to ensure that this policy which was also contained in the NDC 2012 Manifesto was pursued.

The Team of Experts and the Ministry of Education presented the UDS Conversion Report to President Mahama in June, 2016.

An unedited extract of the Executive Summary of the report reads as follows:

“EXECUTIVE SUMMARY
The Directive Principles of State Policy of the Constitution enjoins the Government to promote policies and programmes that provide reasonable access to social, economic and educational facilities for its citizens. In addressing the imbalance in access to tertiary education, the Government seeks to establish a public university in each region of the country. This proposal for the conversion of the existing campuses of the University of Development Studies (UDS) into autonomous Universities is, therefore, in line with this objective.

The Committee recommends that each campus be converted into an autonomous University, with its current programmes as the nucleus of each new university. It is further recommended that the autonomous Universities concentrate on the programmes for which they have comparative advantage in the short term (i.e during the first three years of operation). In the medium term (four to six years), the Universities may seek approval from the National Council for Tertiary Education and the National Accreditation Board to introduce programmes, that are within the mandates and capacities of the Universities, to lead to the transformation of the country and in particular the Regions in which they are located.

The Committee recommends that the conversion of the campuses into autonomous Universities should take effect from August 2017. There will be cohorts of students enrolled in the University of Development Studies (UDS) when the conversion takes effect. It is expected that these students will remain students of the UDS until their graduation. Transitional arrangements should be made to accommodate this and other related matters. The need for the transitional provisions during this period cannot be overemphasized.

There is the need for urgent broad consultations with all local stakeholders in the three Regions to ensure that there is understanding of the issues at stake to facilitate a smooth transition from a single multi-campus University to three autonomous Universities. The proposed names for the autonomous universities are: University for Development Studies (Tamale), University of Technology and Applied Sciences (Navrongo), University of Business and Integrated Development Studies (Wa). These names are tentative.”

It is conspicuously obvious from the new names to be given to the autonomous universities as announced by President Akufo-Addo over the weekend that they are EXACTLY what is contained in the Dr. Christina Amoako-Nuamah report.

Suffice it to say that the comprehensive report which included a detailed assessment of Infrastructure, Faculty, Programmes and a Roadmap for implementation was approved by Cabinet on January 3rd, 2017.

The Mahama Administration additionally prepared and left behind Draft Proposed Bills for the two new Universities and a Schedule to amend the UDS Law, 1992 (P.N.D.C.L 279).

4
Per the Roadmap; which is also confirmed by the Executive Summary above, and as was announced by President Mahama in Wa on July 8, 2016; had the NDC been re-elected, the autonomous campuses in Wa and Navrongo would have taken effect in August 2017. (See: https://www.google.com/amp/www.ghananewsagency.org/education/uds-campuses-tobecome-autonomous-president-mahama-105459-amp.html)

President Akufo-Addo must be explaining to Ghanaians why the conversion has suffered such a terrible delay especially when all the heavy lifting was long completed by the NDC. This is not the kind of superior competence we were promised.

I call on the Akufo-Addo Administration to expedite action on the conversion by simply bringing the Draft Bills and UDS Amendment inherited to Parliament. There's no need convening Cabinet Meetings on reports that have already been approved by Cabinet. Cabinet time must remain precious and be utilized efficiently.

That said, may I depart from the Akufo-Addo example and commend him and his Government for continuing with President Mahama’s UDS Conversion Policy, regardless, of the delays and his refusal to give him credit.

I conclude by saluting Prof. Naana Jane Opoku Agyemang, my inspirational boss and my beloved godmother; Dr. Christine Amoako-Nuama for their exemplary leadership and infectious dedication to duty – without them, this progress would not have been achieved.

And how beautiful it would have been for President Akufo-Addo to acknowledge their sacrifice and patriotism. Hmmmm.

Nevertheless, God bless them and all those who assisted in bringing us this far.

Why go to the IMF when SSNIT can give you the money you need...
30 minutes ago

Northern Ghana is underdeveloped because of underinvestment ...
58 minutes ago