The 1D1F Secretariat Raid: Saboteurs Could Well Behind The Fiendish Plot! 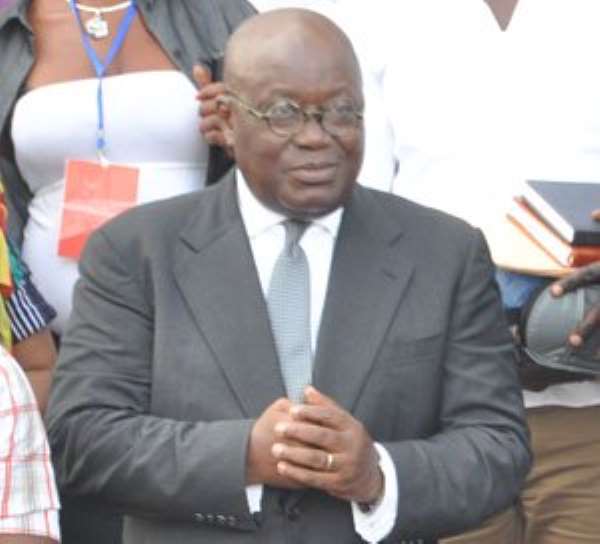 The recent attack at the One District One Factory Secretariat at Cantonments in Accra by some mindless brats must be condemned with no uncertain terms.

The vineyard news has it that the hot-headed mountebanks, who could well be political thieves, sneaked through despite the heavy presence of armed guards and ransacked the 1D1F Secretariat situated at Cantonment in Accra at early hours of Wednesday, November 7, 2018, and took away some important documents and equipment.

If you may recall, leading to the 2016 general elections, there were several inexplicable attacks at the premises of the then opposition NPP and the Danquah Institute, where the homicidal brats made away with important election related documents and equipment.

The crucial question some of us asked at the time was: who was going to benefit from such bizarre thefts?

Subsequent to the 2016 general elections, the insecurity continued amid vicious armed robbery attacks on innocent citizens and denizens.

Back then, some prominent Ghanaians such as Ex-President Rawlings expressed grave concerns over the armed robbery attacks and consequently wrote on his Twitter page: “Let us hope the recent robbery and killings is downright plain robbery and not a politically motivated action from within or without, calculated to undermine those in charge of the security machinery in order to pave the way for certain parochial ambitions” (See: I hope robberies are not politically motivated-Rawlings; starrfmonline.com/ghanaweb.com, 01/03/2018).

Given the ugly nature of African politics, some of us cannot help but to echo former President Rawlings’s sentiments of a probable conspiratorial plot to undermine the country’s security and the NPP government as a whole.

In as much as I do not want to succumb to the widely held assertion that politics in general is a dirty game, it would not be farfetched for drawing an adverse inference that the political terrain is full of manipulating geezers who will do anything possible to win political advantage.

We should, therefore, not lose sight of the fact that political opportunists are not limited to Africa; it is rather a global phenomenon. However, in my humble opinion, it is our part of the world (Africa), where political gimmicks and extreme vindictiveness are widespread.

Perhaps more than anything else, this is so because we have greater number of unlettered folks, many of whom cannot choose between unrepentant tricksters and morally upstanding politicians.

Believe it or not, I smell the evil hands of the faceless partisan creatures in the recent mindless attack on the One District one Factory Secretariat at Cantonments in Accra.

It could well be an orchestrated attempt to derail the steady progress of the innovative One District One Factory programme being implemented by the incumbent NPP government.

Apparently, the senseless attack came a day after the Trade and Industry Minister Mr Alan Kyeremanteng briefed the Members of Parliament of the progress of the One District One Factory programme.

Sources have it that the Trade and Industry Minister gave a fantastic presentation on the programme to the utter surprise of the pessimists.

It is, however, baffling to know that some people can choose to disrupt the progress of an important programme such as One District One Factory which is expected to address the ever worrying unemployment situation in the country.

How unpatriotic, how cruel, how malevolent, and how pathetic some heartless creatures who rather preferred to be called politicians could be?

The author has 988 publications published on Modern Ghana.