I respect Akufo-Addo for his values, principles – Rawlings 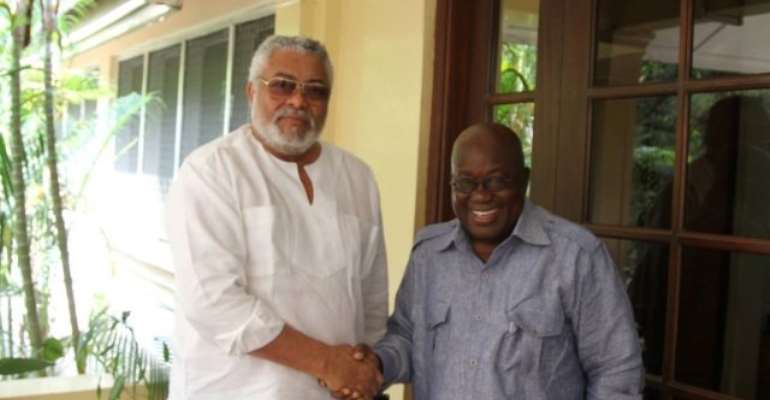 Former president Jerry John Rawlings’ fondness for president Akufo-Addo seems to be growing by the day much to the displeasure of members of his opposition National Democratic Congress (NDC).

He has on countless occasions, since president Akufo-Addo took office showered praises on him, causing many to question the seemingly cordial relationship between the two leaders despite their differences in political ideology.

None of the former presidents, Kufuor, Mills, and Mahama were spared Mr Rawlings’ constant criticisms with what popularly became known as his "boom speeches."

But addressing a recent event, the former president said he will support any leader who shows a keen interest in dealing with corruption.

“We are very fortunate that somebody like Nana Akufo-Addo has emerged over here. People think I like that man to high heavens, no, but I respect him for certain principles and values.”

With the establishment of the Special Prosecutor’s Office and the appointment of former attorney general Martin Amidu as Ghana’s first Special Prosecutor, Mr Rawlings hopes that president Akufo-Addo can do more.

“I will continue to pray and I sincerely hope that he stay the track and he will devote, possibly 30 percent of his time…70 percent for the development programmes, projects etc, but at least 25-30 percent to fight corruption and corruptible tendencies,” he said. 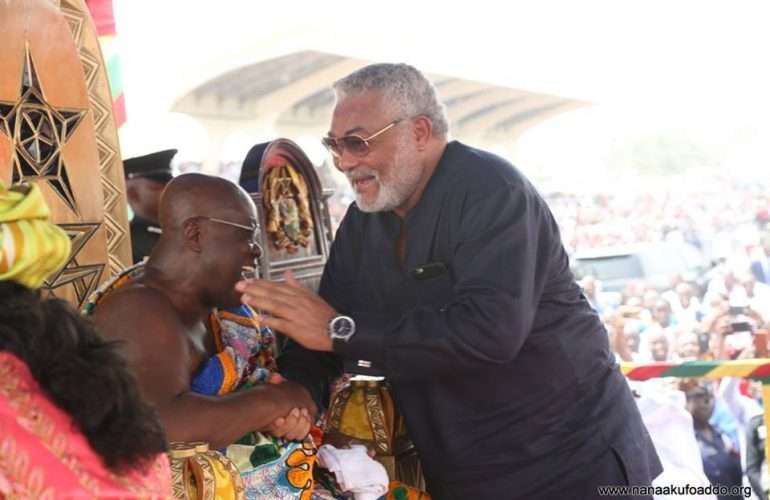 Parliament passed a law in November in 2017, to establish the Office of the Special Prosecutor. It is a specialized agency to investigate specific cases of corruption involving public officers, politically-exposed persons, as well as individuals in the private sector implicated in corrupt practices.

The Office headed by former Attorney General and anti-corruption crusader, Martin Amidu, is empowered by law to prosecute offenders on the authority of the Attorney-General.

The Office of the Special Prosecutor has been tasked to investigate and prosecute specific categories of cases and allegations of corruption and other criminal wrongdoing, including those involving alleged violations of the Public Procurement Act, 2003 (Act 663) and cases implicating public officers and politically-exposed persons.