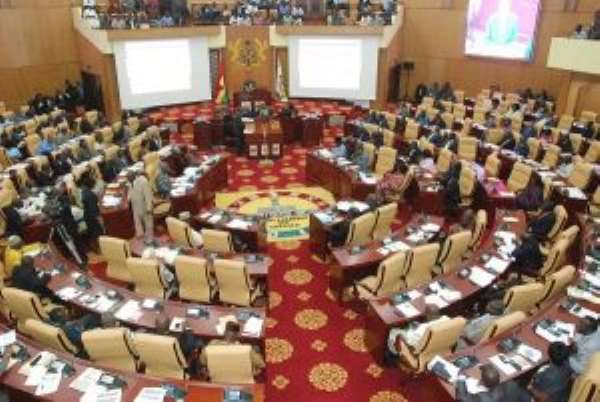 The First Deputy Speaker of Parliament, Joe Osei Owusu wants Members of Parliament (MPs) to attach some sense of urgency to the business of the House.

According to him, the practice where most MPs register their attendance to the House but do not stay in the Chamber does not augur well for work in the House.

Business in the House in the course of the week had to be suspended twice due to a lack of quorum, thus affecting work on the popular Right to Information (RTI) Bill.

Addressing the matter in Parliament on Friday, Joe Osei Owusu who is also the MP for Bekwai called for a change of attitude.

“Members ought to take the work of the house seriously…it's to all members. If you look at the votes and proceedings, you will find that over 100 members are recorded to be present. For me, it is that part which is frustrating. Members are on the paper present but they are sitting in their offices, and they are not coming here. So I must also advise that if a quorum is raised again, I will apply the rules,” he added.

85 MPs absented themselves from parliament without permission – Report

Many have complained about some MPs seeming apathy to the work of Parliament as they continue to absent themselves for sittings.

Ministers of State who double as Members of Parliament were the worst culprits of absenteeism without permission during the First and Second sittings of the Seventh Parliament, 2017.

The Ministers, including deputies, absented themselves from at least 15 sittings without the permission of the Speaker of Parliament.

This was contained in a report by Odekro; a civil society organization focused on activities of the legislature.

According to the report, the guilty MPs consisted of 18 Ministers and 21 Deputy Ministers.

The Speaker of Parliament, Prof. Mike Oquaye, in October 2017 was angry at Members of Parliament for being late for meetings of the House.

His comments followed the presence of fewer than five MPs on their seats, at the time proceedings were scheduled to begin at 10:00 am.

Disappointed by the emptiness of the House, Prof. Oquaye rebuked the MPs and charged leaders of the House to get members on the floor to do business on time, saying the taxpayers do not expect lateness from them.

“Our people who pay us expect that work should be done, so let us at least take the opportunity to see how we can contain the situation to ameliorate the problem rather than taking advantage of it and going home,” he added.