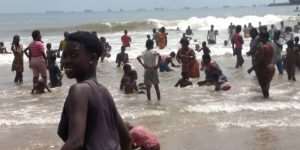 The Ministry of Health and the Ghana Health service has said the recent deaths recorded in Tema Newtown in the Tema East Municipal within the past week are as a result of different medical conditions and not curses as claimed a Chief priest in the community, Numo Ashiboye Kofi.

According to the Ministry of Health and the Ghana Health Service, some possible causes of the deaths in the area include ‘knife wounds, severe head injury, acute alcoholic intoxication, cardiac failure, lymphatic’ among others.

In a joint press statement, the two agencies said that a total of 16 deaths have been recorded in the New town community of the Tema Metropolis in the Greater Accra region.

The statement also disclosed that most of the causes of the deaths reported are “lifestyle-related”.

A combined team from the national and regional level of the Ghana Health Service and the Health Ministry conducted an investigation after it was widely reported in the media that strange deaths that have hit the Tema Newtown resulting in some residents bathing in the sea for “spiritual cleansing” at the orders of a spiritualist.

“A total of sixteen (16) deaths have been recorded from two communities; Tema Harbour Electoral Area and Awudum Area within the Tema East Municipal, between the period of 29th October and 7th November, 2018.

The persons died from different medical conditions that are not linked and are not infectious.

The findings from the team also said the causes of the death are not as infectious as speculated.

The authorities, however, said the situation would be monitored closely in the municipality.

The authorities also in the press statement cautioned the public to adhere to the best health practices to avoid certain non-communicable diseases such as hypertension, diabetes, and cancers which ' largely lifestyle-related'

“Investigations have started and are ongoing. We will continue to closely monitor the situation in the Municipality while we urge the general Ghanaian population to be wary of the increasing number of Non-Communicable Diseases including Hypertension, Diabetes and cancers which are largely life style mediated and call for adherence to healthy life-styles.” The statement read.

The health authorities also disclosed that the combined investigative team visited the houses of some of the deceased and interviewed some relatives as part of their fact-finding efforts.

The team of disclosed they visited hospitals in the communities and reviewed medical records of some affected residents.

“The team visited houses of the deceased, interviewed their relatives and community members and took part in a community meeting. The team also visited Tema General Hospital and Naval Base Clinic, interviewed health workers (clinicians and nurses) and reviewed medical records.”

Background
Hundreds of residents of Tema Newtown have since Monday been trooping to the beach daily to take a bath in the sea in what they say is a purification ritual.

Their action comes after a directive from the Chief Priest of the Town, Numo Ashiboye Kofi, who said they needed to fortify themselves against a curse that has resulted in the supposed mysterious death of some residents.

The residents reportedly paid GHs 1 each to the purification team led by the said traditional priest before rituals were performed on behalf of the individual.

About nine persons reportedly died in the area in the last two weeks under strange circumstances.

The situation has led to mass hysteria in the area.