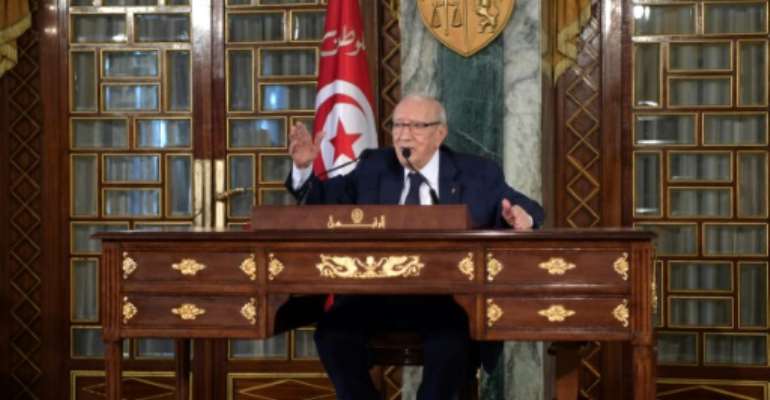 Tunisia's President Beji Caid Essebsi on Thursday criticised this week's reshuffle by his prime minister, but denied there was a rift between the two men.

"I have no disagreement with the head of government," Essebsi told reporters, pointing out that it was him who put Youssef Chahed forward for the post in the first place.

"I recognise that he has qualities," Essebsi told reporters at the presidential palace in Tunis.

Immediately after the reshuffle was announced on Monday evening, press reports appeared saying Tunisia's presidency did not approve of the changes.

The alleged tensions between 91-year-old Essebsi and Chahed -- appointed by the president in 2016 -- have drawn intense press coverage.

Chahed "is not my adversary, and I am not his adversary", the president said.

But "things are not going in a good direction" and the reshuffle "displeased me", Essebsi said.

The prime minister "must inform the head of state of everything he decides", he added.

But the president said he would not seek to block the reshuffle if parliament approves it.

Chahed appointed 13 new ministers, but did not change the defence and foreign ministers -- posts that constitutionally require him to consult the president.

The premier fell out earlier this year with the president's son Hafedh, who leads the Nidaa Tounes party and has been battling to oust the premier for months.

Analysts say tensions have been stoked by competition ahead of a presidential election due in December next year.