Kidnapper Gets 10-Years In Jail 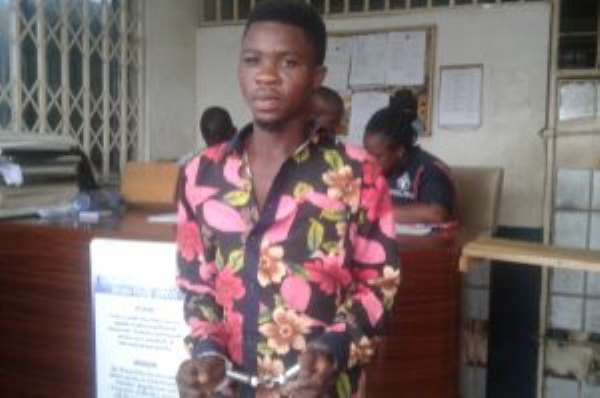 The Ofaakor Circuit Court, presided over by his Lordship Emmanuel Osei Darko, on Wednesday sentenced Michael Asiamah popularly known as Gaza to 10 years in prison with hard labour for kidnapping two children at Congo Villa, a suburb of Kasoa in the Central Region.

In an interview with Citi News, DSP Christopher Daker explained that Michael Asiamah was sentenced on his own plea.

Asiamah, who hails from Apedwa in the Eastern region, was arrested for kidnapping the two children, aged 5 and 7 at Congo Villa a suburb of Kasoa.

He then demanded a ransom of GHc3,000 before releasing the children.

The mother of the two kids Salamatu Iddrisu in a bid to get her children back made an initial payment of 1,500 GHC to Michael Asiamah after which he let go of one of the children and demanded the rest of the money before releasing the other child.

The Ofaakor District Police Command, following a tip-off, arrested Michael Asiamah from his hideout at Prampram in the Greater Accra Region.

DSP Christopher Darkey on his part expressed satisfaction with the court for the manner in which it handled the matter.