US willing to lift Sudan from terror blacklist if further reforms 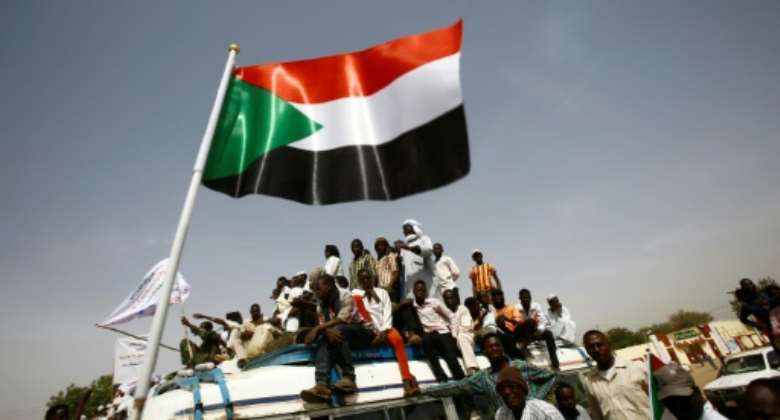 Besides counterterrorism cooperation and human rights, the United States asked Sudan to move forward in resolving its myriad internal conflicts -- including by giving better access to humanitarian workers. By ASHRAF SHAZLY (AFP)

The United States said Wednesday it was willing to remove Sudan from its blacklist of state sponsors of terrorism if the country undertakes further reforms.

In a statement after talks in Washington, the State Department offered the prospect of a formal process to delist Sudan as it called for further anti-terrorism cooperation and improvements in human rights.

"As part of this process, the United States is prepared to initiate the process of rescinding Sudan's designation as a state sponsor of terrorism if the determination is made that all of the relevant statutory criteria have been met, and if Sudan makes progress in addressing each of the six key areas of mutual concern," it said.

Besides counterterrorism cooperation and human rights, the United States asked Sudan to move forward in resolving its myriad internal conflicts -- including by giving better access to humanitarian workers.

"The United States is ready to cooperate with Sudan and to monitor progress as we seek meaningful developments for the benefit of the Sudanese people and the region," it said.

Despite uneasy relations, Sudan has increasingly been seen as working with the United States in key areas including containing the turbulence in neighboring Libya.

Designation as a state sponsor of terrorism severely curtails access to international financing and makes it difficult for US citizens to do business with the countries.

Trump has also used the terror blacklist as his basis for a controversial order to deny entry into the United States of ordinary people from the mostly Muslim countries.

In a recent interview in Khartoum, the head of the Dal Group, Sudan's biggest conglomerate, said there were "lots of funds looking for good projects to support" but that they were restricted due to the US designation.

Only three other countries are on the blacklist -- Iran, North Korea and Syria.

The United States placed Sudan on the list in 1993 when Al-Qaeda and its chief Osama bin Laden found refuge in the country, whose longtime ruler Omar al-Bashir had embraced a hardline brand of political Islam.

After Al-Qaeda blew up US embassies in Kenya and Tanzania in 1998, the United States responded with a cruise missile strike inside Sudan on a pharmaceutical factory, whose link to Al-Qaeda turned out to be shaky.

Sudan's relationship further deteriorated when the government in 2003 began to put down a rebellion in the western region of Darfur, in a ruthless campaign that the United States characterized as genocide.

But relations began to improve under former president Barack Obama, whose administration welcomed Khartoum's acceptance of the independence of South Sudan in 2011 after a decades of devastating war.