Capital Bank Collapse: Otabil, ICGC, And 13 Others Dragged To Court 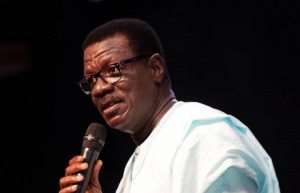 15 shareholders including renowned preacher, Pastor Mensa Otabil and his church, the International Central Gospel Church (ICGC), have been sued over the collapse of Capital Bank.

The suit was brought against the shareholders by Vish Ashiagbor and Eric Nana Nipah of PricewaterhouseCoopers who are receivers of the bank.

In their write of summons, the plaintiffs indicated that within seven years, the directors of the defunct bank, approved loans and placement of funds to themselves and related parties “without the requisite collaterals and in clear breach of the company’s internal policies and relevant banking regulations and Ghanaian company law.”

Outlining the failure of the each of the 15 persons sued, the plaintiffs are praying the court to order the defunct bank’s directors to pay compensatory damages to the receivers.

It also wants the bank’s former founder, William Ato Essien to pay back over GHS 468 million in shareholder loans and some GHS 108 million that was granted to him and his other companies.

Collapse of Capital Bank
Capital Bank is among seven local banks that have collapsed in the country in the last 12 months after becoming highly insolvent.

According to a detailed assessment of the bank’s woes, the then-Board Chair, Dr. Mensa Otabil, had been party to the misuse of liquidity support given the bank by the Bank of Ghana (BoG).

The report cites an emergency board and Executive Committee meeting on October 13, 2015, which notes concern with the manner in which the GHc 610 million liquidity support to the struggling bank was being used.

Instead of using the money the central bank gave the Capital Bank as liquidity support for the bank's business, the management with the approval of the Board Chair, diverted the money for other uses, leading to the eventual collapse of the Capital Bank in August 2017.

The monies were moved by a member of the Board, Ato Essien, into companies believed to be owned by him and others. Some of that money was reportedly presented as capital to secure a license for another collapsed bank, Sovereign Bank.

Concerning Alltime Capital, the report noted that “Mr. Ato Essien stated that the placement of GHc 130m with Alltime Capital was strategic and funds would be paid back by March 2016.”

Dr. Otabil also assured management that he would ensure the funds were returned by March 2016.

Alltime Capital provided evidence that it was acting as an arranger for two separate commercial papers purchased by Capital Bank and issued by MC Management services limited.

The commercial papers are seen to be signed for Capital Bank by both its CEO, Rev. Fitzgerald Odonkor, and Chief Business Officer, Horace Tettey, according to the report.

Nordea Capital was also reported to have received GHc 65 million from Capital Bank, but it denied receiving the money.

“[Nordea Capital] indicated in two letters to the transaction advisors dated 13th and 28th December 2017 that it had acted as arranger for the issuance of commercial paper to the bank from MC Management services (GHs30m) and Breitling Services (GHs35m) on the instructions of the CEO, Rev. Fitzgerald Odonkor.”

But Rev. Fitzgerald Odonkor “denied having signed or authorized any of the commercial paper transaction arranged by either Alltime Capital or Nordea Capital. He subsequently sent a copy to the transaction advisors of an email dated December 14, 2017, to the Board Chairman, Dr. Otabil and majority shareholder, Mr. Ato Essien,” the report said.

I wasn't responsible for daily operations of Capital Bank – Otabil

The Board Chairman of defunct Capital Bank, Pastor Mensa Otabil, in August 2018, subtly denied direct involvement in the woes of the financial institution.

In his first public reaction to the development which has been a controversial subject, Mensa Otabil said his role as the chairman of the bank's board was a non-executive one, hence he was not involved in the daily management and operations of the bank.

'I'll subject myself to investigations'

Pastor Mensa Otabil however said he has subjected himself to the processes of the Economic and Organized Crime Organization (EOCO) and other relevant state institutions which have been probing circumstances surrounding the bank's collapse since it happened in 2017.