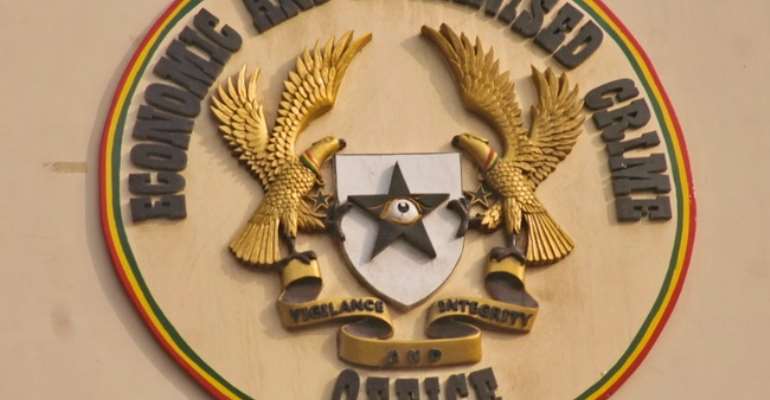 Ruling governments must be willing to prosecute their own corrupt officials before they prosecute their political opponents, Eastern regional Director of Economic and Organized Crime Office, (EOCO), Fred Dzeny has said.

Fred Dzeny said this in Koforidua in an interview on the side-lines of a roundtable discussion on ‘The Youth in the Fight Against Corruption in Ghana” held in Koforidua by the National Youth Authority to mark African Youth Day under the theme,” ‘Raising Youth Voices against Corruption”.

Corruption has become endemic in Ghana with an estimated annual loss of €3 billion. The current government has established the Office of the Special Prosecutor to deal with corruption cases but the office has not yet been resourced to enable it function effectively.

The Eastern regional Boss of EOCO appealed to Government to resource the anti-corruption institutions to be able to execute their mandates satisfactorily. He bemoaned the Challenges facing EOCO adding that it is inhibiting it to the fight against corruption.

“We have serious challenges but all due to the economy but we believe when the economy picks up we will be well resourced but as at now the current state of the economy, this is what the government can do but I don’t think it is enough for us to really Police the system.”

He, however, added that, the Regional Office of EOCO has been investigating many tax evasion cases and succeeded in recouping the monies to government.