Don’t Listen to Propaganda & Gossip. Follow the Facts: China is not Creating a ‘debt-trap’ for Africa 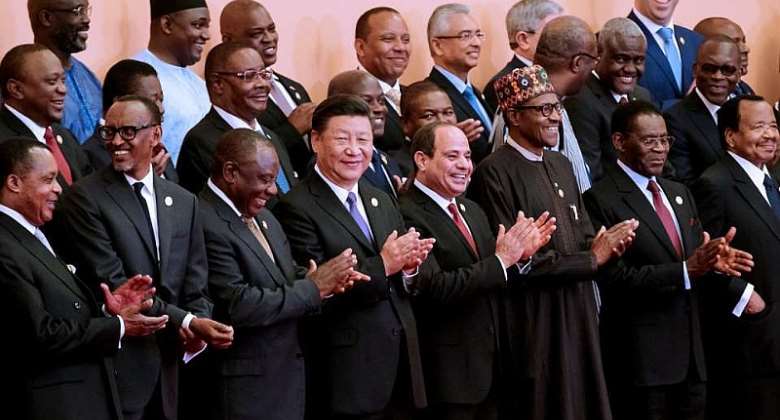 A useful report, “Africa's growing debt crisis: Who is the debt owed to?” by the British based Jubilee Debt Campaign, again belies the propaganda and gossip that China is manipulating African nations into a 'debt-trap.' This report excerpted below, using figures from the World Bank, and the China Africa Research Institute-(CARI) at Johns Hopkins SAIS in Washington DC, shows the percentage of debt owed to China by African nations is not the cause of a debt crisis. In fact, in many cases the debt owed to China is less than the total owed to Western nations and financial institutions.

It is clear that for strictly geo-political reasons many Western think tanks and various media have gone into overdrive demonizing China with false claims of a new 'debt-trap.' This has also led to increased attacks on African leaders, portraying them as weak and not acting in the interest of their citizens. They have been accused of succumbing to China, which has been dubbed, the new imperial power. Sadly, many Africans have been duped, or simply out of frustration and anger, joined this western orchestrated chorus.

Of course, the truth of the matter is quite different. From the early 1980s on Western financial intuitions such as the IMF, World Bank, and Paris Club, loaded up African nations with so much debt that they were unable to service the debt, forcing them into unpayable arrears. The vicious irony, is that several hundred billions dollars of debt lent by the West was never meant to actual develop African economies. It was in fact, intended to create a real 'debt-trap' for Africa. It has only been in the last ten years that Africa's huge deficit in infrastructure is being addressed in collaboration with China's non-western model of development. As I have written over many years, debt is not the problem when it is used as credit to improve the productive powers of a society to increase its physical wealth. Technologically advanced infrastructure is an excellent, if not the premiere method to drive an economy forward. This is exactly what China is accomplishing through its Belt and Road Initiative, and is at the heart of the Forum on China-Africa Cooperation-(FOCAC).

Unfortunately, the dominance of the “geo-political” ideology since the death of Franklin Roosevelt has thoroughly contaminated the thinking of Westerners and Africans alike. Creating a culture (with few exceptions) of people unable to think strategically, and who cynically reject the idea that a powerful nation would extend itself to actually assist other nations. China, according to all accounts, has lifted 700 million of its people out of poverty. President Xi Xinping has pledged to help eliminate poverty in Africa, the continent with highest rate of poverty in the world. Yet, many Africans reject this offer as insincere, suggesting a sinister motive lurking behind China's offer. This attitude, is in part, the result of today's political culture, which has failed to understand one of the most profound universal principles: all mankind shares a common interest in the development of the creative potential of each and every human being.

“Africa's growing debt crisis: Who is the debt owed to?”

Checking these figures through country cases
Another way of identifying how much African government debt is owed to China is to look bottom-up at the individual data available by each government.

Of these 16 countries, 14 have figures on how much debt is owed to China (for the full analysis see Appendix 1.). Of these 14:

Read Complete Report: Who Is Africa Debt's Owed To?

'We bequeathed to Akufo-Addo gov’t two new oil fields, but w...
56 minutes ago