The Price We Pay for Democratic Governance 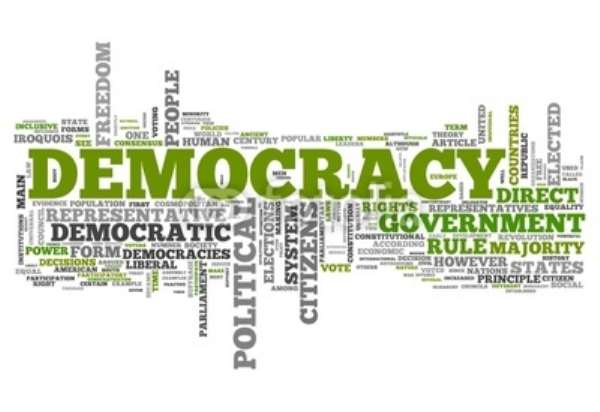 It came as almost a godsend to read the legal apologetic – and I use the term “apologetic” in the academic and philosophical sense – titled “In Defense of the Attorney-General,” authored by Mr. Akoto Ampaw, the well-known private legal practitioner, because I nearly received a traffic-violation ticket from the New York City police recently while engaged in a heated argument with some three or four Ghanaian-born New York City residents who had intransigently convinced themselves that President Addo Dankwa Akufo-Addo had lied, literally, through his teeth on the electioneering campaign trail, when he solemnly promised to prosecute all political criminals with haste and lightning speed if elected to the highest office of the land.

Our heated debate took place last week Friday at Wofa Yaw’s African and Caribbean Food Market, at Bedford Park and Jerome Avenues right here in The Bronx, where I have been living for some 19 years now. My car was parked on the street with my 10-year-old, Papa Yaw Sintim-Aboagye, seated in the front passenger’s seat. I have, of course, also lived, on and off, for some 10 years in Manhattan’s Washington Heights while attending both the City College of the City University of New York (CCNY of CUNY) and Graduate School at Temple University, Philadelphia, Pennsylvania, as well as teaching for one academic year at the Indiana State University, Terre Haute, Indiana, as a Visiting Lecturer of African History and African-American Studies.

Incidentally, Mr. Jamal Khashoggi, the Washington Post reporter and known bitter critic of the Saudi monarchy, who was reportedly executed recently inside the Saudi Consulate in Istanbul, Turkey, attended Indiana State University, Terre Haute – popularly nicknamed “ISU” – some 12 years before I taught there during the 1994-95 academic year. I was not the least bit surprised to learn that Mr. Khashoggi had attended ISU because while I was there, there was quite a sizeable Saudi and Arab student population on both the ISU’s campus and the University’s off-campus residential quarters, where I also rented out a one-bedroom apartment. There was also a remarkable community of Central African nationals on campus – mainly from the Cameroons and The Democratic Republic of Congo or Congo Kinshasa – both among the student population and on the ISU faculty. I also had one of the younger brothers of King Mswati of Swaziland, The Dhlaminis, as one of my African History students.

This is the more reason why I felt quite a great sense of revulsion and anger to learn not only about the inexcusably barbaric manner in which the Turkish-descended Saudi citizen was assassinated, but also the fact that he would be so brutally slaughtered in the manner in which Mr. Khashoggi was reportedly executed, with the apparent criminal complicity of Saudi Arabia’s Crown Prince Mohammed Bin Salman, with what seemed to be a collaborative coverup by US President Donald John Trump. You see, I was also not the least bit surprised by the bestial manner in which the Saudi government assassinated Mr. Khashoggi, because some form of barbarism has always been known to underlie the public display of regal extravagance and, some say, the obscene opulence and profligacy of the Saudi monarchy.

But the international scope and the details surrounding the manner in which Mr. Khashoggi was reportedly killed, with the skin of his face flayed off and the rest of his corpse dismembered in the manner of a slaughter-house butchery, ought to stagger even the most hardened or coarsened imagination.

At any rate, what fascinated me about Mr. Ampaw’s article was the author’s meticulous and systematic disquisition on the long and deliberate process that it takes to indict and prosecute individuals or groups of individuals accused of having committed quality-of-life crimes, or any other categories of crimes, for that matter, against the State or our Republic. That Mr. Ampaw’s article was in direct response to the Coalition of NPP Footsoldiers Against Corruption, was far less significant to me than the sound general legal education provided by the article to the average Ghanaian citizen at large. Ordinarily, it ought to be the primary responsibility of the Commissioner of the National Commission of Civic Education (NCCE) and his/her staff to be publicly educating Ghanaian citizens about the mode and protocol or procedure by which people accused of major crimes against the State are indicted and brought to trial or convicted.

You see, contrary to what citizens like the members and operatives of the Coalition of NPP Footsoldiers Against Corruption would have the rest of us believe, Ghana’s Fourth-Republican dispensation is very different from the “revolutionary” atmosphere and climate that prevailed under much of the tenure of Chairman Jerry John Rawlings, both as a constitutionally elected President and a junta strongman.