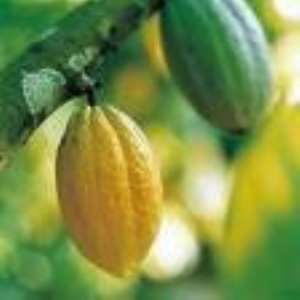 The Executive Director of Conservation Alliance, Dr. Yaw Osei-Owusu, has called on cocoa farmers to adopt best production practices to enhance farm productivity without compromising the ecological health of the cocoa production landscape.

He gave out this advice when he interacted with farmers in the Bia West District in the Western Region of Ghana who have signed onto the BOAME Cocoa Scheme (BCS), an initiative by Conservation Alliance, a non-governmental organization with the goal of enhancing the sustainable use of natural resources. He advised beneficiary cocoa farmers to abide by the guidelines of the scheme to fully guarantee enhanced productivity.

The main challenge confronting the sector is poor management of over 30% of 1.9 million hectares of the cocoa production landscape. This has been attributed largely to inadequate and sometimes high cost of labour and other inputs. Over the years, the cocoa sector has lost considerable amount of labour to the small scale mining sector.

This and other challenges have largely affected the efficient management of some cocoa farms in the country. The BOAME Cocoa Scheme was therefore put in place to address the challenges of inefficient management of cocoa farms in order to realize the farms’ full potentials to provide adequate returns to the farmers. The increasing demand by cocoa farmers is driving the rapid spread of the scheme across the country.

The Scheme has recruited and trained a set of youth and constituted them into a SCOUT to implement the recommended management practices under the direct supervision of Conservation Alliance. This initiative is thus creating jobs for the youth within the production landscape and is consistent with the government policy. Under the scheme, beneficiary cocoa farmers will be required to pay back the inputs received. In a statement to the farmers, the Coordinator, Mr. Ato Kwamena Addo, highlighted the employment opportunities the scheme offers to the youth at the local level. The scheme intends to increase the number of scout members from 500 within the next two years.

At Elluiokrom in the Bia West District, Mr. Francis Opoku, a cocoa farmer has given his 20acres of cocoa farm he inherited from his father for partial management under BOAME Scheme for two year. His farm was assessed, mapped out and the recommended management gaps such as shade management, pruning, among other activities have been addressed in line with CRIG and COCOBOB’s guidelines.

He said the only way to manage his farm and improve yields is to outsource it to BOAME for proper management and adequate returns on his farms. A 58 year-old Madam Hannah Nsiah of Asuontaa near Debiso, is also making progress with her cocoa farm through BOAME. Her farm has witnessed significant improvement in management and this has reflected in her produce.

In Lower Denkyira District in the Central Region, a number of farmers have voluntarily agreed to sign onto the scheme as a means on improving the productivity and the ecological health of their farms.

Mr. Ato Kwamena Addo established that, the factors that account for poor management of cocoa farms is enormous. However, with the support of technical officers from Conservation Alliance, most farmers have come to terms with the need to properly manage their farms through the scheme for higher yields and incomes. He appealed to the government, donors and cocoa companies to support the scheme.