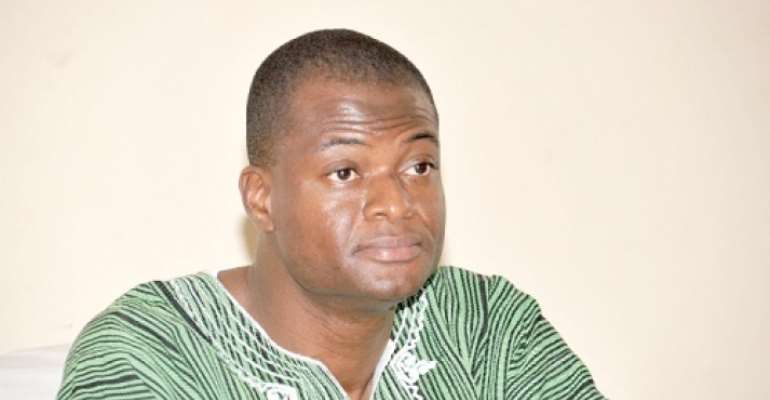 The very first day my attention was drawn to a short video in the public domain which captured Prof.Raymond Atuguba's voice on the happenings in Nigeria as a result of the spirited efforts made by Mohammadu Buhari to sink public corruption and its related offenses in Nigeria, I have always had my doubt on his genuineness as a lawyer. In the said video he was on record to have said that, the numerous complaints of hardship in Nigeria was a result of Buhari's attempt to stop public corruption in his country. He contended that, since corruption has become an economic livelihood in this world, any attempt geard towards relegating it would bring hardship to the people. The video as speak is still on Youtube so those who might cast doubt can go and watch.

Professor Raymond Atuguba has gained notoriety when it comes to unsavory utterances anytime he gets the opportunity to exercise his constitutional right as a citizen of the Republic of Ghana. The very fact that the supreme law of Ghana gives every Ghanaian the right to free speech doesnt mean that, we should abandon the responsibility that comes with FREE SPEECH. I cannot count the number of times his intelligence has been questioned by well meaning Ghanaians concerning certain things he is on record to have put out. His credibility suffered series of bruises after he failed to publish his recent research about the supreme court and their rulings on cases he described them as "POLITICAL CASES."

I cant count the number of times his intelligence has been questioned by well meaning Ghanaians concerning certain things he is on record to have put out. His credibility suffered series of bruises after he failed to publish his recent research about the supreme court and their rulings on cases he described them as "POLITICAL CASES." Professor Atuguba failed to publish his research findings for people to critique his work. Instead he waited till he had the opportunity to meet these superior court judges in a forum where he unveiled his work to put them in a bad light before the public. Out of wickedness he decided not to engage these Judges as respondents in his research but sat in the comfort of his oven to do his own work just to let people bury their confidence they have in the judiciary. At the end he was finally disgraced when the chief Justice and her colleagues at the supreme court used the same forum to respond to his work.

His recent ethnocentric rant on the UEW issue is indeed an evidence of his stock in trade. After his failed attempts to get Avoke reinstated, he has decided to use any availabe means to court public sympathy through his cheap posture on the matter lingering within and outside uew. As a smart lawyer who is always in for money by captalizing on peoples predicament, and upon hearing Prof.Mawutor Avoke's miserable situation,( a dismissed UEW VC) he quickly went to the man with fake assurances that, he was going to search through his harvard notes on constitutional law to battle his removal at the Accra high court labour division. Unfortunately for him and Prof.Mawutor Avoke the court declined their request. The case was accordingly dismissed because the basis upon which they mounted the writ wasnt reasonable.

One would have thought that, Prof.Raymond Atuguba would have proceeded to the court of appeal to challenge the ruling of the high court labour division in Accra. The recent SC ruling that quashed the high court ruling wasnt the basis upon which Prof.Mawutor Avoke was" thrown out" of UEW. One question that comes to mind is, why has Prof.Raymond Atuguba failed to advice his miserable client to proceed to the court of appeal after the high court labour division in Accra dismissed his suit that sought to get him reinstated as a VC?.

A day before the induction of Prof.Rev.Anthony Afful Broni, Prof.Raymond Atuguba issued a statement with ethnocentric averments as the basis upon which Prof.Avoke was dismissed as UEW VC. He made claims that, his miserable client was dismissed because he was a voltarian. Meanwhile other officers who were "Akans" and were found culpable by the governing council suffered same dismissal. If he had cross checked his facts he would have moved to that bigotry tangent.

As a professor "you" ought to be measured in your utterance and if it goes the opposite way, you create a chance for all manner of persons who might not be at the same level with you to question your intellect. Prof.Raymond has "gone into hiding" after he issued a statement that, the recent SC ruling that quashed the winneba high court judgement on procedural grounds actually reinstated Prof.Mawutor Avoke when in actual fact, Avoke's removal wasnt the subject matter before the apex court.

The governing council constituted a disciplinary board under section 7(2) of the UewAct,2004(Act 672) to look into issues of procurement violations into contracts awarded by Avoke in breach of the public procurement Act,2003( Act 664).

The disciplinary board after probing the issue recommended to the council that the man should be removed from office. The governing council then proceeded to throw him out in accordance with the dictates of the law.